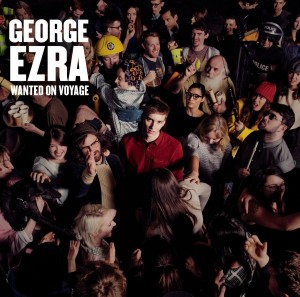 George Ezra, a name that might not be the most recognizable name in music right now. But he should definitely be a name that you do not forget. Voted one of Rolling Stone magazine’s artists to watch, Ezra is definitely a throwback to soul and folk music of the 60s and 70s. Citing his influences as Bob Dylan and Woody Guthrie, and on the first song you hear the folksy influences in his songs. With his breakout album Wanted On Voyage, Ezra shows everyone his vocal prowess and his incredibly rich song writing skills. Each song on the album is such a breathe of fresh air. It is a modern throwback. The album is something that I have been looking forward to hearing for quite some time. Ezra has been hyped up by many different publications as one of the biggest artists on the rise. And you can hear it in this album. Also I must say that already this album are is competing for best of the year. It is just so well crafted. It is like a “Where’s Waldo” page or even like a super hipster “Sargent Peppers Lonely Heart Clubs Band.” The attention to detail, and the use of color makes the album art just amazing.

On the very first second of the album, you are caught off guard. I knew, very kind of, the type of music George Ezra fit into. But I never would have paired his vocals to how he looks. Nothing is coming off the top of my head, but his voice is just so deep and folksy for a kid that looks more like an employee of Urban Outfitters. But I found that more of a pleasant surprise than anything else. The first notes and the first seconds of Ezra’s vocals, I was hooked. It is a song to bob your head and tap your foot to it. The song is just infectious. It is modern folk. It is everything that should be made into a good non mainstream folk song. It doesn’t seem over-produced like some of the songs on an album like, Hozier’s, this album strips down to the bare bones and leaves Ezra’s vocals to be the main focus. The mellowness of the album is why I found myself instantly in love with it. From “Blame It On Me” to “Cassy O’” the album vibes together in a seamless way. Adding another level of craft to his work, Ezra wrote every song on the album, and this is impressive, because the songs are raw and emotional in both happy and sad ways that show the range in Ezra as a song writer. 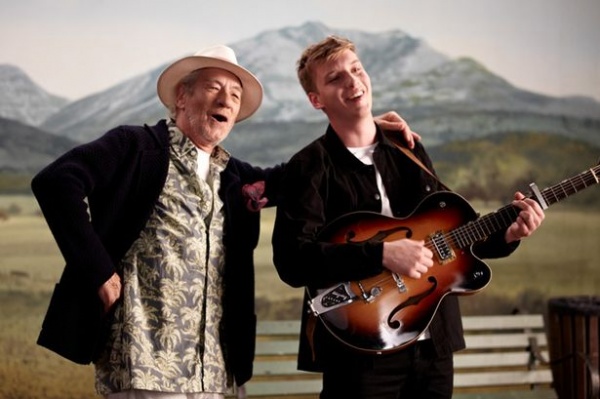 I don’t really know what else to say about this album but that you need to be listening to it now. The hooks on the songs will leave you singing it at all hours of the day, and the production leaves us wanting more from the incredibly talented Ezra. It is a very well crafted album, and keep George Ezra’s name on your list, cause you will see it many times before the year is done.