It seems to be a recent trend in music to go back to an 80s style. With the new 1975 album, their sound is distinctively 80s. But one band that seems to have taken this to the next level is St. Lucia. In their follow up to When the Night St. Lucia takes the sound that made them break out and polished it off and made it shine brighter than any diamond that Rihanna was talking about. Every song seems to have been produced to perfection. But before we get into the album, it needs to be noted that St. Lucia are not just a one trick pony, their sound changes noticeably with each song. 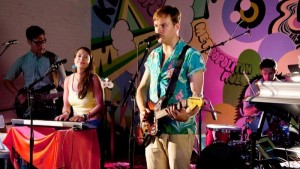 With each song seeming to build on the other, the band really makes it known that they are here to mean business. The album flows seamlessly into itself. St. Lucia encapsulate the 80s in each song, from Glam Pop to Pop Rock, they have it all covered. The most noticeable reference to the 80s being “Rescue Me” a clear homage to Duran Duran and “Stay” drawing heavily from Dire Straits’ “Money For Nothing” the album is fun, you want to get up and dance it all out. 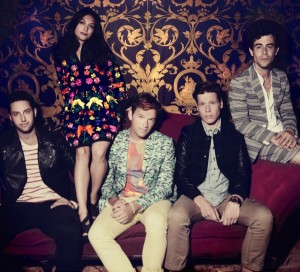 Find a dance-floor, and turn up the St. Lucia, Matter brings back the nostalgia and brings it into the future. Matter is a fun album and has some pretty awesome tributes to the best of the 80s.