Album Review: Take Me When You Go

Eric Dowling
Mainstream Music, Music
Comments Off on Album Review: Take Me When You Go 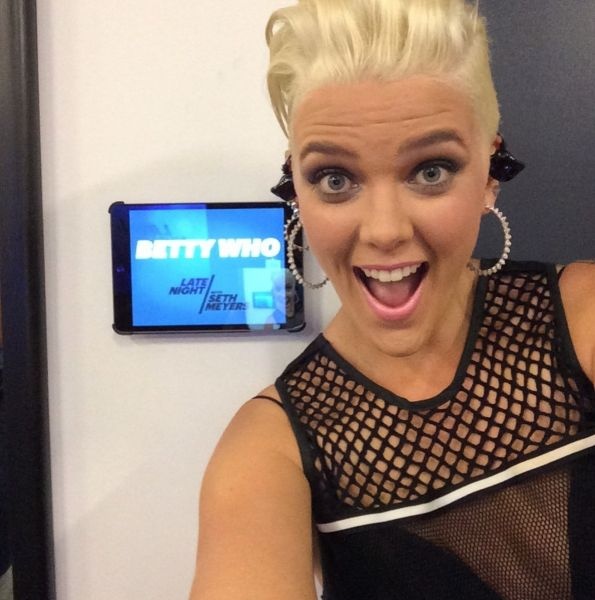 Jessica Anne Newham, aka Betty Who, aka the next big thing in female pop music. The Australian born singer has been doing quite the job of making her way into the pop scene. From her appearance on Late Night With Seth Meyers and even being featured as iTunes. Making her feature album debut with Take Me When You Go Betty Who immediately establishes why you need to be listening to her right away. With “Just Like Me” a song that is infectious and catchy. The hook, will have you singing in your head, and dancing in your room all day long. Then Betty Who launches into the rest of the album, and let me tell you it is the best kind of nostalgic from the 80s pop synth to the dominating vocals, to the interspersed ballads, this album screams Throwback to the 80s.

Where it truly shines is her very dominating vocals. The songs are catchy, and the singles are the standouts on the from “High Society” a song that truly could have been released in the 1980s to “Somebody Loves You” Betty Who makes a name for herself, that should have everyone “Betty Who!” instead of “Betty Who?” Towards the end of the album, her vocals become more produced sound to them. They have more effects on them, but it was not a bad thing. It works, and especially as her foray into the pop music scene, she will add a nice addition to the radio.

Check out more Betty Who, because in a few short months she is going to explode, and you will only regret not getting in on the ground floor. The album is 100% worth a purchase and rocks a lot, and is catchy, and just makes you want to get up and start dancing and once you know the words, it will be your go to shower song.