Article Written by Kristin Consorti, guest writer for State In the Real 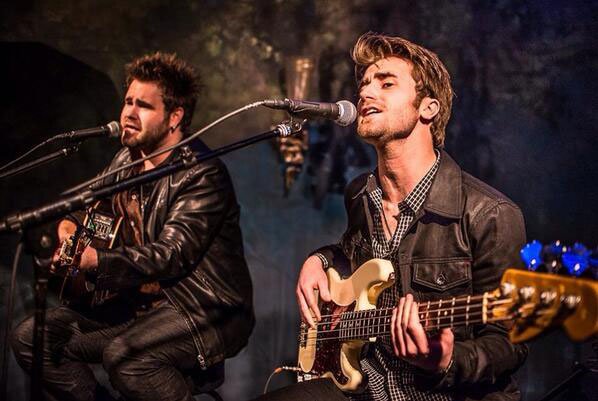 The Swon Brothers are an American country music duo from Oklahoma. They consist of Zach and Colton Swon. In 2013 they made their professional debut and placed third on the fourth season of The Voice. They were the first duo to make it from the Top 12 live shows to the season finale. In November of 2013 they signed a record deal with Arista Nashville and released their first single ‘Later On’ a month later. Their first album debuted last week on October 14th and includes their singles ‘Later On’ and ‘Pray for You’ which had been released earlier this year.

Their first album has an original appeal. The one thing that really stands out is that each song has a unique sound and tells a different story. The Swon Brothers have a wide range of songs on the album. Upbeat songs such as, ‘Later On’ and ‘Chasing You Around’ and also more pleasant and softer songs such as, ‘What I’m Thinking About’ and ‘Songs that Said it All.’

There are some country albums that get released where all the songs seem to play the same tune with different words, or others that only have a summer appeal. While the Swon Brothers album has a range of songs, ’95’ is probably the most similar to this comparison and probably the most unfavorable song on the album. It doesn’t really match with the rest of the songs and compares to many of the songs that Florida Georgia Line is known for.

Having seen them live as well, I can vouch that they put on a good show as well. They are an upbeat duo that knows how to get a crowd pumped up as well incorporating their softer, slower songs to display all their talents. This album is something country fans should definitely check out!