Album Review: This is Acting

Eric Dowling
Mainstream Music, Music
Comments Off on Album Review: This is Acting

Okay, at this point, we all know who Sia is and we have all heard at least one song from the vocal chameleon. 1000 Forms of Fear was a game changer for her, we were introduced to this new sound, this incredible showmanship and a vocal range that can shatter glass. But with This Is Acting we seem to get more of the same thing. Sia has become a huge star, and people now have expectations for her, she is no longer that girl with the powerful voice who is also a ghostwriter. Sia is a bonafide pop star now has a certain expectations to meet. 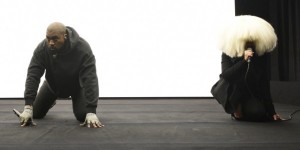 With This Is Acting, it starts out strong, very strong, and peaks somewhere around track seven. But each song seems to start to sound exactly the same after that. Sia belts into the microphone, pause, and come back to the chorus. It is very repetitive, it drags out too much. There is too much similarity between songs. Sia, you can do better than this, you have, in my humble opinion one of the best voices in music. Let you vocal chords stretch, but you don’t have to do it on every song. Each one is as powerful and jarring as the last, but I just can’t help but shake the feeling like she is being complacent in her sound. 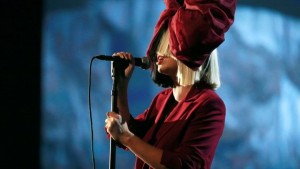 I am not going to harp on the negatives of this album, because if you like Sia and are a fan of her style, this should be the album you have been waiting for. And who am I to complain she has, with this new album, brought us Jimmy Fallon AND Natalie Portman in Sia wigs. On top of which, I will always tune into a Sia performance, for they are always unforgettable.