Chris Will
Mainstream Music
Comments Off on AN ELECTRONIC MASTERPIECE – MADEON'S "FINALE" (FEAT. NICHOLAS PETRICCA OF WALK THE MOON) 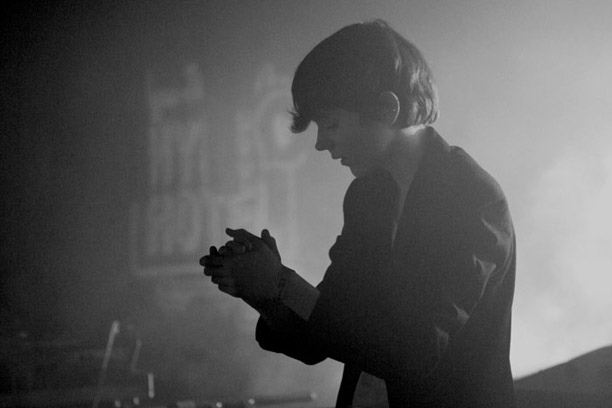 When I become enthralled by a musician or band, I’m impulsively compelled to share with them with everyone and anyone that I can.  So without further ado, I’d like to introduce you to the one of the biggest up-and-coming electronic dance acts of the year.  He’s already established himself as a top 40 artist in the UK, his YouTube videos have garnered millions upon millions of views, and he’s considered by many to be one of the greatest mash-up artists of all time.  Soon he’ll be taking over American radio with his distinctive sound and awing DJ skills.  Oh, and he just turned 18…I forgot to mention that.  Who is he?  His name is Madeon.

Madeon grabbed the attention of the Internet community when he posted a YouTube video of himself performing a live mash-up he called “Pop Culture.”  Composed of over 30 of his favorite songs, he crunched them all together into an impressively concise three-and-a-half minute track.  From there, he skyrocketed to underground fame, releasing countless, critically acclaimed remixes on his Soundcloud page and YouTube channel.  He also composed a few originals of his own.  One of those compositions, the instrumental track “Icarus,” peaked considerably high on the UK Singles Chart (it reached #22).  He’s spent the last month teasing his newest original, “Finale,” and just a few days ago released it in full on his SoundCloud page.  The track features the vocal talents of Nicholas Petricca from the indie-pop band Walk The Moon.  Big, brooding, and epic, “Finale” is a bonafide dance-hit, one that is sure to build upon the already notable fan base Madeon has gathered.

“Finale” begins with a steady line of deep, synthesized growls, as if counting down to the explosive instrumental opening.  “Brace yourself, brace yourself,” Petricca whispers amongst the rising cacophony of electronic force.  The buildup then drops into an intricate mess of swirling synthesizers and a powerful house beat.  Petricca delivers the grandiose lyrics as if they were a sermon. “Go out fighting, go out young!” he proclaims, slyly repeating “brace yourself” before the final hook pulls you in and he lunges forward with the line “Brace yourself for the grand finale!”  The whole track rumbles with incredible energy, and the songwriting bolsters the genius production even further.  The single may be called “Finale,” but with a song this huge, it’s only the beginning of a monumental musical career for Madeon.  Make sure to keep tabs on his SoundCloud page and Youtube channel, as Madeon uploads most of his work on there.  Also be sure to pick up “Finale” when it drops on iTunes July 22nd.