An interview with Malik LRB 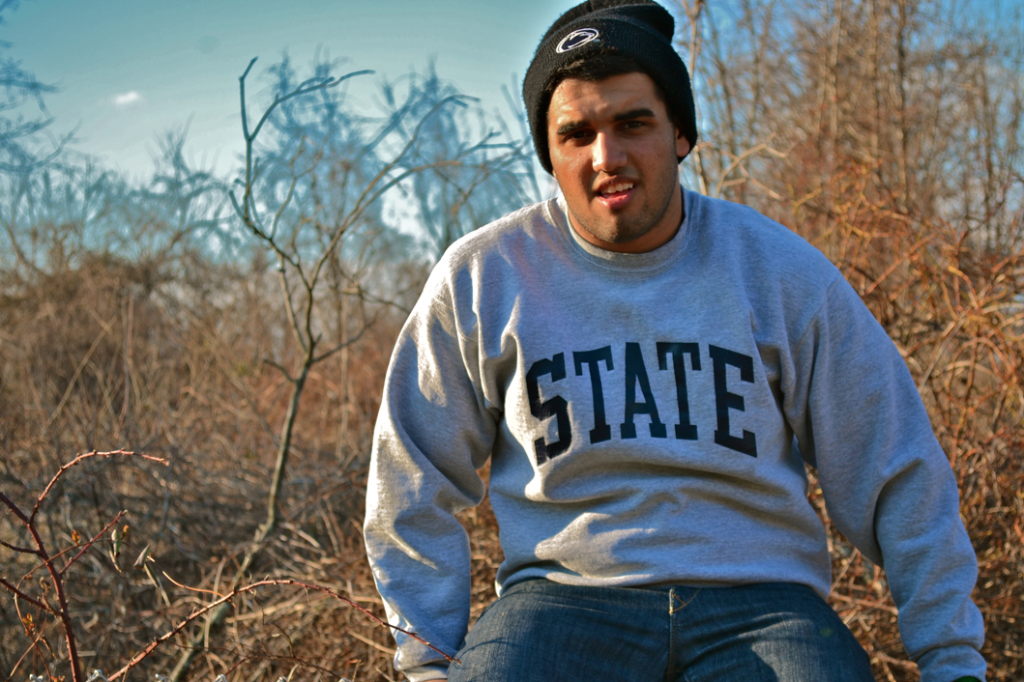 SITR: Tell us about yourself and how you got started making music?

I’m a 19-year-old freshman rapping out of Stone Hall in East Housing on campus. I’m a business major currently in Smeal. I hail from King of Prussia, PA right outside of Philadelphia where I live with my brother, sister, and parents.

I’ve been making music for years but didn’t take a serious leap into it until I arrived here in the summer. Before, I always did tracks here and there just for my immediate group of friends and once I arrived here, I tried doing things that connected more to the PSU community (ex. Thon Rap 2012); pretty much things that everyone around me could relate to. After getting a lot of positive feedback from my first few official songs, I did some open mics, a few competitions (ex. PSU Idol and Macadelic Freestyle Competition), interviewed with some radio stations, and have been putting out a brand new video every Wednesday remixed to a song per request of my listeners.

SITR: How would you describe your style and your music to people?

One word: Fun. I just like to have a good time when I rap which is clearly evident in all of my videos. People have gotten to know me as a punch line rapper, which is a good thing for its entertainment value, but bad when people think it’s the only thing I’m capable of.

The paradoxes are my more laid back tracks, which are emotionally filled and slightly more depressing (these are the kind that come out of me when I’m just mentally drained at the end of the day going through a tough time). A lot of people have not even heard some of these tracks because they’re still hidden in the vault but they’ll all be able to be heard once the mixtape, “Baggage” drops soon. The best rapper to compare them to would probably be Eminem. The rhyme scheme is very similar to his while being emotionally filled rather than joking and upbeat.

SITR: What projects have you put out and what are you currently working on?

In terms of PSU, I’ve become known for 3 songs. One being “Thon Rap 2012,” one being my tribute to Joe Paterno entitled “Legends Never Die,” and my third one cleverly called “Penn State Rap.” Also as mentioned, I do a new song every week per request of my viewers and will continue to do that for a while, at least that’s the plan.

Finally, I’m working on my mixtape, “Baggage,” which does not have a set release date. I actually had a long conversation with Reef of Fortune Family a while ago and he gave me some of the best advice I’d ever received: “It’s better to put out a GREAT first mixtape than 5 terrible ones. Just because you have a lot of songs out does not mean it is what people will want to listen to. You want people to remember you, not overlook you right away.” And that message has held true to me since the beginning of this year. I was originally planning on dropping a mixtape in January but decided against it after acknowledging that I would not be putting out the best product possible. With that in mind, I have really held off on an official release date and will not drop the mixtape until it has reached the status of perfection in my mind. All the songs are written; it’s just a matter of finding the right producer and giving each track justice.

SITR: With the summer approaching what are your plans over the break and for the future?

I’ll be here all summer alone in my apartment taking classes. I’m pretty excited about this though because my life will be 2 classes everyday and then music for a solid 3 months straight. By that time, hopefully I’ll have 12 more weekly videos out on Youtube and a better stance on the date of “Baggage.” I also plan on doing a lot of collabs this summer whether that means with artists who will be around here in the summer, or having different artists come up to State for the weekend and work on some different things. Either way, I can guarantee work will be put in.

In terms of future, I’m hoping to do a lot more shows next year whether it be frats, competitions, or open mics in the State College Area. Hopefully all the hard work will eventually pay off. Regardless of if I ever make it big or not, I know I’ll be making music forever because I’m passionate about it. I don’t do it for the fame or money, but rather because I love it and love sharing my passion with other people.