DETAILS FOR Applications for Battle of the Bands 2015 NOW OPEN

Applications for Battle of the Bands 2015 NOW OPEN

Emily Foster
Events, Penn State News Reviews and Interviews
Comments Off on Applications for Battle of the Bands 2015 NOW OPEN 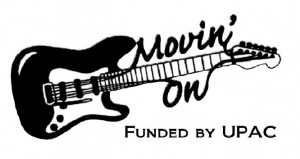 The applications for Battle of the Bands are NOW OPEN at www.movinon.org! The event will take place in Alumni Hall on March 21st, 2015 at 8pm. Battle of the Bands is a great way to showcase student bands. The winner of this event will receive the opportunity to be the opening act in Movin’ On 2015. Last year’s winner, Lenina Crowne had the chance to share the stage with acts such as Wiz Khalifa, Fitz and the Tantrums, Aloe Blacc, Sky Ferreira and Air Dubai. Applications are due February 28th, 2015 by 5pm to MovinOnBattle@gmail.com. No late applications will be accepted. Don’t miss the opportunity to be part of the 40th Anniversary of Movin’ On Music Festival!

All bands who consider applying should meet the following requirements:

1. All bands MUST contain at least one member who is a Penn State University Park student.

2. All bands MUST be able to perform a 15-­‐minute set containing only original songs.

3. All bands MUST submit original music samples with their application.

4. No member of the Movin’ On Core or Executive Committee may participate in Battle of the Bands (or at Movin’ On).

5. Musicians may only participate in ONE band.

6. All musical genres are welcome, including but not limited to rock bands, alternative bands, pop acts, acoustic acts, solo acts, DJs, and rappers.

Movin’ On is an annual, ticketless music festival held on campus for University Park students near the end of the spring semester. Penn State’s Movin’ On Spring Music Festival is one of the largest and well-­‐known college music festivals in the United States and has become one of Penn State’s great traditions. This year’s music festival is celebrating its 40th anniversary and will be held at the IM Fields on May 1st, 2015!