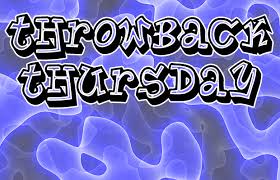 …even on a cloudy day, I’ll keep my eyes fixed on the sun

It’s finally springtime, and we can put this horrible winter behind us. But with the fresh, new life of the spring, comes stormy weather and rain. Before we can enjoy the world again, we’re going to have to deal with some gray skies for a little. That’s where we can help. The theme of this week’s Throwback Thursday is rainy day songs.

The 20 songs on this playlist are sweeping and stormy tracks that are best enjoyed indoors staring wistfully out of a foggy rain-covered window. Whether they are directly about rain or not, all of these songs can help you embrace being stuck inside waiting for the storm to pass. Make the best of your day in and lose yourself in the sounds of the thunder and rain as they add natural sound effects to this mix.

That’s it for this week’s throwbacks, but come back next week for a brand new batch of more old songs!

…even on a cloudy day, I’ll keep my eyes fixed on the sun

It’s finally springtime, and we can put this horrible winter behind us. But with the fresh, new life of the spring, comes stormy weather and rain. Before we can enjoy the world again, we’re going to have to deal with some gray skies for a little. That’s where we can help. The theme of this week’s Throwback Thursday is rainy day songs.

The 20 songs on this playlist are sweeping and stormy tracks that are best enjoyed indoors staring wistfully out of a foggy rain-covered window. Whether they are directly about rain or not, all of these songs can help you embrace being stuck inside waiting for the storm to pass. Make the best of your day in and lose yourself in the sounds of the thunder and rain as they add natural sound effects to this mix.

That’s it for this week’s throwbacks, but come back next week for a brand new batch of more old songs!

It’s Thursday again, so naturally it’s time for more throwback jams. And in honor of PSU’s spring break next week, this week’s theme is driving songs. Get ready to get the hell out of here with this extra special extended TBT playlist that is sure to take you where you want to go. All the tracks on this mix are perfect for cruisin’ in the car with the windows down whether you’re taking a road trip with your friends, or just blowin’ around town. 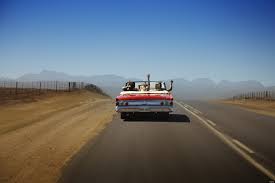 No Throwback Thursday next week for spring break but check us out in two weeks for some more throwback jams!

from the windoooooooooooow to the wall… 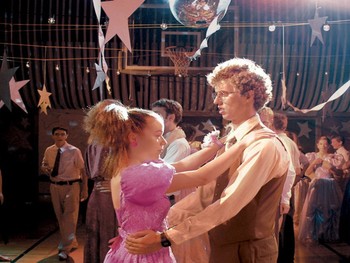 Welcome back to another Throwback Thursday! THON is this weekend and everybody’s got their dancin boots on so naturally the theme of this week’s playlist is music you can dance to. But since we always kick it old school here at TBT, these will be the songs that your awkward 7th grade self used to dance to. Yup, this is the middle school dance edition. 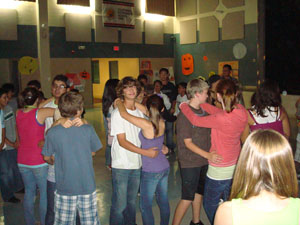 Get ready to awkwardly grind on random friends of yours while your vice principal looks on disapprovingly. Slow dance uncomfortably at arms length with random people! Ahh the memories. The songs on this playlist are the songs that our adolescent selves got our freak on to. So turn up the volume, get crunk, and remember a simpler time as you enjoy dancing to this week’s TBT. Your 13 year old self will thank you.

Good luck to everybody dancing and participating in THON this weekend, and check back next week for some more classic jams. Peace up, A-Town down. 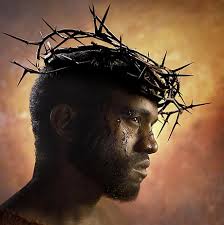 bow in the presence of greatness…

This Thursday night, I was lucky enough to bear witness to the divine power that is Yeezus. Hip-hop mastermind Kanye West transformed the Bryce Jordan Center into the inner workings of his psyche, saving us from the evils of the haters and delivering us all unto Yeezus. Kanye pumped a whopping 38 hits through the BJC accompanied by religious spectacles and impromptu preachings. This may have been the most epic performance by the Louis Vuitton Don on the Yeezus tour so far and those that were determined enough to fight the blizzard to make it to the show, were treated to an incredibly unique and surprisingly humble experience from arguably the most creative hip hop artist of our time. 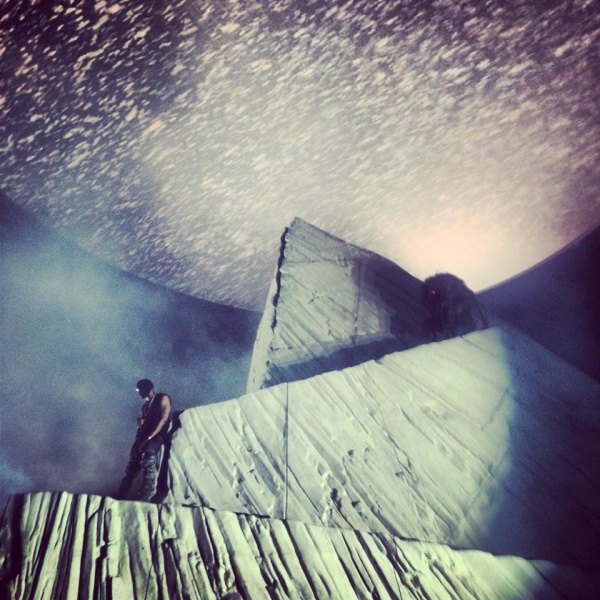 As the house lights dimmed and the crowd erupted in cheers, the curtain lifted on the massive set piece in the center of the stage, revealing what I will refer to for the remainder of this review as Mt. Yeezus. A towering spire positioned under a colossal circular screen gave the appearance of a halo atop the cliff’s peak. This righteous monolith was a testament to the monumental career Mr. West has meticulously  developed for over a decade.

A choir of angelic voices echoed as about a dozen or so girls dressed in nude morph suits with matching cranial hosiery emerged onto the stage gracefully marching two by two toward the stage. Followed by Yeezus himself. Under a heavenly beam of light as if he rose from the earth to lead us to the promised land. It became apparent very early on, that this would be Kanye’s masterpiece. 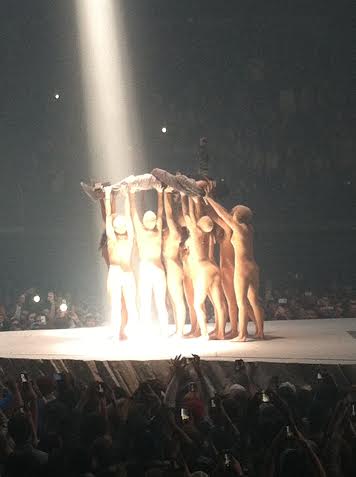 Yeezy opened with an array of tracks from Yeezus including “On Sight” and “New Slaves” before moving into some of his bigger and more recent hits such as “Power,” “Mercy,” and “Clique.” For the first hour or so of his performance West’s head was covered in what I can only describe as a disco-ball ski-mask, reflecting hundreds of beams of light over the audience every time he stepped under the lights.

Throughout Kanye’s set, there was quite a spectacle on and beneath Mt. Yeezus. As West powered through his set, the dancing girls moved and mingled, creating everything from a throne made of women to a moaning, writhing ring of… “passion,” around Yeezy as he lay on the floor belting some of his more soulful choruses. During his performance of “Heartless,” a red eyed demon emerged and climbed up Mt. Yeezus, stalking onlookers below. During “Blood on the Leaves,” the peak erupted with a shocking pyrotechnics display, followed by projections of lava down the face of the mountain. As Kanye got into his song “Coldest Winter,” he laid down on the end of the stage as the platform elevated towards the heavenly light above, only to rise again with a rebellious rendition of “Can’t Tell Me Nothing.”

More hits followed as Yeezey really hit his stride, playing favorites like “Stronger,” and “Through the Wire.” A special appearance from the one and only Jesus Christ kicked off the cadence of “Jesus Walks,” as the holy figure removed West’s mask, revealing Kanye’s face for the first time in the entire show. The crowed chanted along as the dancers, now dressed in religious robes, lined the stage.

After the triumphant march of “Jesus Walks,” newly unmasked Kanye halted the regular Yeezus show for something I never would have expected. The music stopped and the lights on Mt.Yeezus and its halo went dark as Yeezy opened up to his fans. Calling this a rant would be inaccurate. Sure, Kanye boasted some crazy stuff, comparing himself to Shakespeare and Beethoven, and dissing hip hop personalities like Sway and Charlamagne tha God, but that was only a small part of his speech. He preached about the difference between dreamers and haters, about not letting what people say about you stop you from achieving greatness.

For the first time, I saw Kanye West, the human being, humbled (sort of). After graciously thanking us all for trudging through the blizzard to come see him, Kanye explained, albeit in the most Kanye-esque way possible, that he “gets turnt” sometimes, but its only directed at the people who are trying to bring him down. For us, the fans, Yeezy not only told us how much he appreciated us but he showed it.

In honor of the 10 year anniversary of his debut album The College Dropout, for the nearly 45 minutes after his speech, the Louis Vuitton Don ran back and fourth between his DJs and the front of the stage performing “snippets” of some of his most beloved jams. This incredible impromptu addition added to the set list hits such as “All Falls Down,” “Gold Digger,” “Homecoming,” “New Workout Plan,” “Spaceship,” his verses on “American Boy,” and more. As soon as his DJs dropped the first hook of “All Falls Down,” I knew Yeezy had never played a show like this before.

I will admit that while I do love Yeezus the album, I am first and foremost a classic Kanye fan. And to see him running through all of my favorite songs that I did not expect to hear, all as an impromptu bonus to the show, I was tempted to go up to the box office buy my ticket a second time. I could not have been happier to hear the songs that I grew up with. As each classic track came and went, I was lost in each hook and each verse, which all climaxed with an a’capella reprise of “Can’t Tell Me Nothing,” and a passionate performance of “Touch the Sky”

After this off the cuff jam session, Yeezy resumed the normal set, picking things up with “Flashing Lights,” as parallel beams of lasers and lights illuminated the sides of the stage. The illumination expanded as he followed up with “All of the Lights,” asking the crowd to hold up lighters and smartphone flashlights, transforming the BJC into a sparkling, starry night sky.

Kanye ended the show by exploding into an explosive, extended sing-a-long of “Good Life,” followed by his closer, one of the biggest hits of of Yeezus: “Bound 2.” Mt. Yeezus exploded one final time as the audience chanted their final “Uh huh honey” while staring up once again at Jesus atop the mountain, bringing a sanctimonious end to the revelation that is Yeezus. 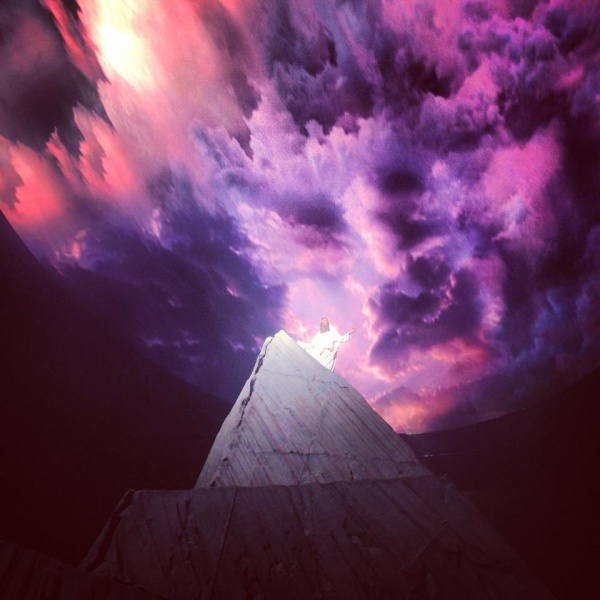 I don’t know if other fans at other stops on the tour will be as lucky as we were on Thursday, but Kanye delivered what I believe to be one of the most unique and inspiring performances of his career. This show was not one to miss, but if you did, you may be able to catch him on another date of the tour this Spring. The Yeezus Tour is truly something to behold. There’s a reason Kanye goes to all of this trouble to let you know how good he is. It’s to show you just what he’s capable of, transcending music and art and pop culture and turning it into a visual awakening, and a musical revival that only Yeezus himself can deliver.

(Photos and videos thanks to Renae Gornick and Monica Consbruck) 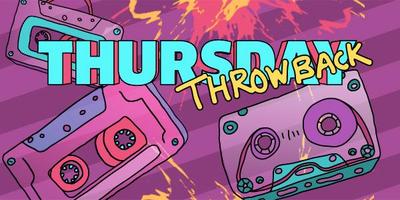 now I’ve had enough of love…

It’s (almost) Valentines Day and for all the single people out there, a shittier day does not exist. Every cutesy couple holding hands and going out and being romantic is enough to make anybody not in a relationship sick to their stomach. That’s why this week’s theme is anti-love songs. 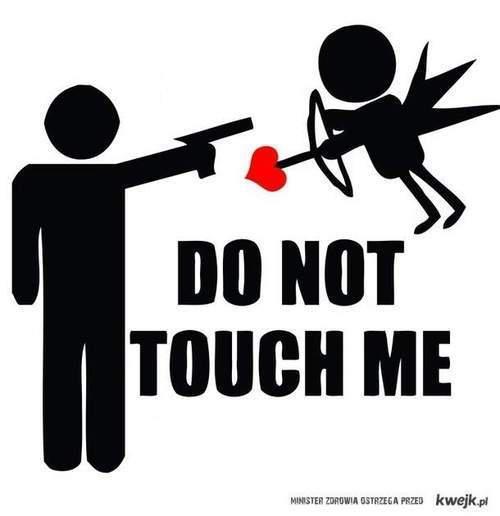 The songs on this playlist are for those of us who will be spending Valentine’s day with any of the following: cats, a gallon of ice cream, heavy drinking, a strong sense of cynicism or any combination of the four. Valentine’s is usually miserable for us single people because we are forced to observe every sappy couple around us pretending that they’re happier than we are. At least its cheaper for us. So enjoy these songs about how stupid love is and try to ignore your annoying friends and their annoying girlfriends/boyfriends.

Stop by next week for an all new bundle of songs we’ve all heard before.