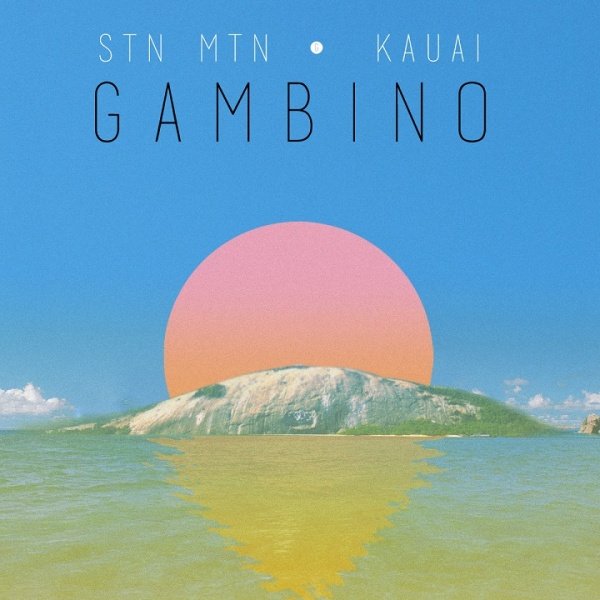 Childish Gambino has released a mixtape STN MTN and an EP KAUAI.

“I had a dream I ran Atlanta.”

STN MTN is Bino’s dream. A retrograde vision where the radio sounds more like it did eight years ago on hip hop stations. The beats on the tape have a distinctly older vibe, mimicking the simplicity of older works like Wayne’s Dedication. It’s an interesting direction for Gambino but he pulls off the old school flows perfectly.

Gambino’s KAUAI EP has a contemporary sound and reminds me more of his most recent studio effort, Because the Internet. Unlike the boom bap of STN MTN, airy synths and reverberating bass take over the EP. There are some interesting features including a “futurist” monologue from “The Boy” Jaden Smith.

“U Don’t Have to Call” is the best track. Check it out. 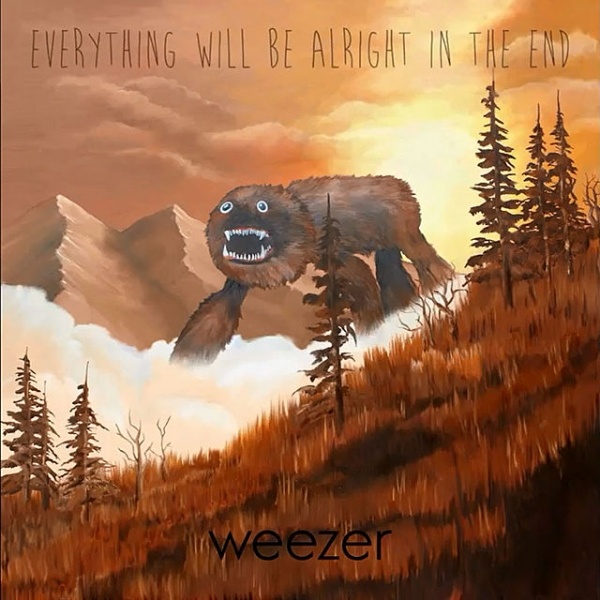 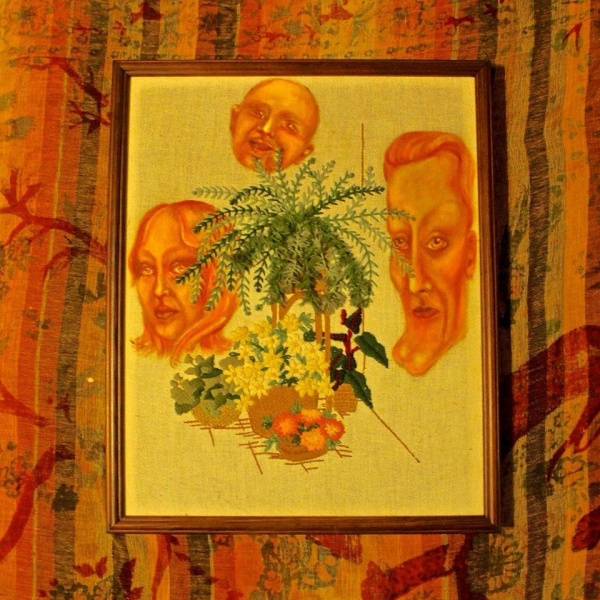 Sticker Kids dropped a new track “Sand Flu”. The song is a single from their upcoming third album THE SUNRISE CLUB GOES TO SLEEP and it is accompanied by a B-side cover of Andrew Jackson Jihad.

Where they got the names, I don’t know, but with titles like that, they could start an alternative rap group.

The folk punk duo has put together a driving, passionate work with “Sand Flu”. It starts quiet, with King whispering alongside soft chords and the quiet pluck of a banjo. An electric guitar slides into the mix as the strumming acoustic pushes to the chorus. The track slowly builds to a crooning bridge with King shouting about unattainable wants and desires. From the quiet start to the hurried finish, “Sand Flu” has a perfect balance of highs and lows.

In their cover of Andrew Jackson Jihad’s “A Song Dedicated To The Memory Of Stormy The Rabbit, the King and the Captain are sadly sighing. The track sounds like an old sailor shanty and Pat brings some great vocal accompaniment into the mix. The pair do justice to the originally xylophone centered song.

THE SUNRISE CLUB GOES TO SLEEP is out October 10th. Check out “Sand Flu” below.

Last Wednesday, Kendrick Lamar announced that the first single from his upcoming album would drop soon.

One week later, “i” has dropped. And it’s everything I hoped for.

The song is produced by Rahki and mixed by TDE’s Ali.

The track opens with a boastful introduction, “THIS IS A WORLD PREMIERE”, and moves to a melodic verse from Kendrick. During the chorus, Kendrick cries, “I love myself” over a sample of “That Lady” by The Isley Brothers. The jazzy track flows into an intense breakdown around the three minute mark and ends in a wild bass solo. It’s a peculiar structure for a rap track, but nothing Kendrick can’t handle. Let’s hope Kendrick continues to preview the new album. 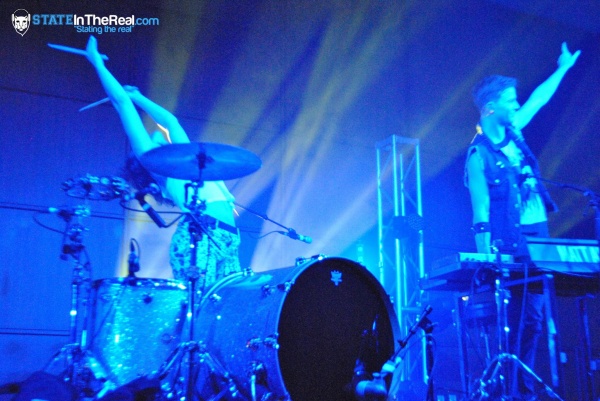 Matt and Kim played a fantastic show last night. There was twerking, balloons, and Kim couldn’t keep her shirt on. If you missed out on the fun, our writers will fill you in.

I’ll never forget the first time I saw Matt and Kim; it was their Lollapalooza concert in the summer of 2010, a big honor for any artist, and it also happened to be my first music festival. I was a young sophomore in high school, a rookie to the festival scene, and looking back it’s actually pretty embarrassing to think about how easily both my eagerness and nervousness could be seen all over my face.

They went on to perform a show full of energy and youthfulness of a band with a point to prove that day. Matt was seamlessly transitioning between hitting high notes to interacting with the audience like a seasoned veteran. Kim had her typical wild attitude, dancing violently and at one point even climbed the side columns of the stage. Both of their antics captivated the crowd, fans lived in the moment simply enjoying the music and the people around them. It was a lesson in music for me that weekend, I became aware of the power of music festivals and the impact a live performance can have on a person’s life.

Last night at Alumni Hall was no different for me; as the lights were dimmed the buzz could be felt. Fans were rushing and squeezing their way to the front of the stage, camera flashes were illuminating the darkness, and then on came indie duo Matt and Kim to put on a performance that kicked off homecoming week in style. It didn’t take long for the duo to make their intentions clear, they informed the crowd it was the last day of summer and they wanted to end with a killer show. They played their hit singles “Daylight” and “Good Ol’ Fashion Nightmare”, and they even had a few surprises with covers of R. Kelly’s “Ignition” and Biz Markie’s “Just a Friend”. The crowd kept feeding off Matt and Kim’s energy and simply couldn’t get enough. It was a great performance and I couldn’t think of a better way to have spent my last night of summer, a great show with a great group of friends.

As the homecoming dance competition came to a close and the audience was allowed to stand up again I felt that familiar concert excitement begin to take over. What would Matt and Kim be like? I wonder if they’ll have something to throw into the crowd like Hoodie Allen did a few weeks ago? (They did).

Having no previous experiences with Matt and Kim, I came into the concert as blank slate ready to having a great time- I was not let down. Matt and Kim were off the wall. From Kim’s College 101 lecture, to requesting that shirts be taken off, to standing on top the crowds’ hands- the energy in the room never fell below an exploding star.

Caught up in the raw energy of their performance I found myself front and center with a solid group of similarly pumped up kids. Kim requested that shirts start coming off. A mental shrug passed between the group and shirts started coming off. Before I knew it, I was a member of this shirtless tumultuous ball of energy.

As the concert began to transfer to its final few songs, Kim stood on top of the Penn State student’s hands. The energy level refused to flag. Cries of “Encore! Encore! Encore!” erupted as soon as they made their way off the stage. Not being ones to refuse an energized crowd, they quickly jumped back up on stage to perform a final sendoff song and the greatest “We Are” chant I have been a part of at a Penn State concert. Matt and Kim took my blank slate and replaced it with an iPhone 6 plus.

It was impossible to tell how many people in the audience at Alumni Hall were seeing their first Matt & Kim show, but by the end of the set, the whole house was getting down to the duo’s explosive set like they had done it their whole lives.

Excited Penn State students poured into the HUB Alumni Hall this Sunday night, ready to see Brooklyn natives Matt & Kim do the honor of playing the 2014 homecoming concert. And they did not disappoint.

The band burst onto the stage with grins on their faces and opened with their raucous hit “Overexposed,” from their 2012 album Lightning. After greeting the crowd, they continued with a set full of their own popular songs such as “Let’s Go,” “Now,” “Silver Tiles,” and “Don’t Slow Down,” mashed up with hip-hop jams that kept the party going between songs. Keyboardist and lead vocalist Matt Johnson even led the crowd in a sing-along cover of Biz Markie’s “Just A Friend.”

There was no shortage of banter between songs either, as drummer Kim Schifino doled out some advice to the freshmen in the crowd about hooking up and skipping class from her own experience she gained during the year she spent as a student at Penn State.

Compared to the festival at which I first saw Matt & Kim, the crowd was initially rather still and tentative. However, by the end, it had swelled to a full-blown riot of dancing, jumping, crowd surfing students. As performers, Johnson and Schifino have a truly unique combination of musical prowess, frenetic energy, and sweet dance moves. They hooked the audience and kept them playing along all the way through their hour-long set through use of balloons, confetti, and Kim Schifino herself walking out onto the crowd’s outstretched hands.

Matt & Kim kept the audience rocking all the way through to their closing songs, a double dose of their biggest hits “Daylight” and “It’s Alright” (which, even after it had to be restarted due to technical difficulties, came back stronger than before).

“This is our last show of the summer!” Matt exclaimed, before telling the crowd to “get weird.” In my experience, it seems Matt & Kim never play a show that is just business as usual. To the delight of the Penn State student body, being weird is the secret to their success.

Check out the video for “It’s Alright”.

Childish Gambino has another new track out, “Free At Last”.

It’s been a great month for fans of the rapper. Last week, Childish released a rough cut of “Sober” from his upcoming mixtape STN MTN/KAUAI and on Saturday, producer S-X leaked “Free At Last”. He worked with the rapper a year ago but was unable to drop the track because the release was stalled.

Unlike the melodic “Sober”, “Free At Last” features Childish rapping for a hook-free two minutes. This upcoming mixtape should be promising.