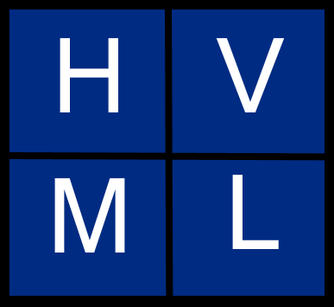 State College’s underground music scene is full of talented artists fighting to make a name for themselves in hopes of one day conquering the national stage.

Launching this fall, Happy Valley Music Label will assist these artists in reaching this goal by giving them label representation.

The label, which is entirely student-run, is meant to spotlight State College’s thriving underground music scene. Happy Valley Music Label also gives students who are interested in pursing a career in the music industry hands-on experience. Students on Happy Valley Music Label will be responsible for promoting artists via radio, press coverage and social media in addition to booking various local gigs.

The label has already partnered with DJ Keegan Tawa and one of Penn State’s most successful student band Lenina Crowne. The label is currently accepting applications for new artists seeking representation. Artist applications can be found here.

Happy Valley Music Label is also looking for interested students to join either of their two committees: booking/singing or promotional/marketing. Full descriptions of these committees can be found here.

Students who are interested in becoming part of the label this fall are urged to apply via the online application.

A full description of the label in addition to artist biographies can be found on Happy Valley Music Label’s website.

In 1981 a supergroup formed by four alumni of the leading 1970s British progressive rock bands exploded onto Top-40 radio, arena stages around the world, and then-emerging MTV with the hit singles “Only Time Will Tell” and “Heat of the Moment” from their quadruple-platinum self-titled debut album, Asia.  The original lineup of John Wetton (King Crimson), Steve Howe (Yes), Geoff Downes (The Buggles and Yes) and Carl Palmer (Emerson, Lake & Palmer) had a string of sellout concerts, radio hits, heavy-rotation MTV videos, and platinum-selling albums through the mid-1980s.

Subsequently ASIA went through multiple lineups, always retaining supergroup status by drawing new members from the ranks of leading bands, never completely fading from view but never quite duplicating their overwhelming early success. Then in 2006, the  four original members reunited to record new music and to show another generation of audiences what the excitement had been about in the beginning.

The State Theatre is proud to bring the original ASIA (with YouTube guitar sensation Sam Coulson replacing Howe) to its stage on September 18, 2014, at 8:00 PM. Concertgoers can expect to hear the hits, tunes from the new album Gravitas, and some classics from the members’ other bands played at astonishingly high levels of musicianship. If you enjoyed the State’s sellout shows with Kansas and Blue Oyster Cult, you won’t want to miss this showcase of classic arena rock in the intimate setting of Friedman Auditorium.

Tickets will be priced at $38 in the balcony, $43 in the orchestra, and $48 for the Gold Circle and are available from the Theatre’s box office (814-272-0606) or website. Complete concert information can be found at:  http://thestatetheatre.org/asia/ .  For interviews, stories, press passes, and complimentary tickets please send all requests to Greg@thestatetheatre.org.

Oluseun Anikulapo (Seun) Kuti, the youngest son of legendary Afrobeat pioneer Fela Kuti, comes with his father’s band, Egypt 80, to the State Theatre stage on Tuesday, September 9, 2014, at 8:30 PM. Seun began playing with Egypt 80 at eight years old and became its leader upon his father’s death just six years later. About three-quarters of the current band consists of musicians who who played (and joined in political protests, and even went to jail) with Fela.

Seun Kuti and Egypt 80’s show combines homage to Fela’s catalog with Seun’s own compositions and musical innovations to the Afrobeat tradition. Like his father (who Will Hermes of NPR has described as a “weed-puffing folk hero, energetic polygamist, political rabble-rouser and all-around badass,” as well as a groundbreaking composer and bandleader) Seun is both a political activist and original musical voice. There’s thought-provoking content in his lyrics, but the audience is most likely to leave the Theatre thinking “irresistibly exuberant dance band.”

Recent attendees of the State Theatre’s thrilling Tinariwen and Afro-Cuban All-Stars shows will find this one a great followup. If you missed those, Seun Kuti and Egypt 80 will be the perfect make-up introduction to World Music.

Tickets will be priced at $22 for students and $27 for the general public and are available from the Theatre’s box office (814-272-0606) or website. Complete concert information can be found at: http://thestatetheatre.org/seun-kuti-and-egypt-80/. For interviews, stories, press passes, and complimentary tickets please send all requests to Greg@thestatetheatre.org.

2014 has shown to be a huge year for our favorite red head, Ed Sheeran, and from the looks of i, he isn’t slowing down anytime soon. At the beginning of April, the British singer-songwriter announced details about his much awaited sophomore album titled ‘x’, or ‘multiply’, which is set to be released June 23. Fans have been long awaiting Sheeran’s new album after the release of his debut multi-platinum album ‘+’ in 2011. Shortly after announcing his new album release date, Sheeran debuted the album’s lead single “Sing”, which has since been climbing the charts.

But good thing for us, Ed has so much more in store.

Today, a new Beats by Dre commercial was released, with Sheeran as the star, and from the sounds of it, he is seeking some serious revenge. In the commercial, the singer is shown in a hotel room singing his new song titled “Don’t”, a track off of his forthcoming album ‘x’. The R&B infused track includes some pretty intense lyrics, including: “If I show courtesy and respect to someone, I expect to receive it,” and “I never saw him as a threat/Till you disappeared with him to have sex”.

The song is allegedly about a former love interest who cheated on the singer with a close friend. The name of this suspected cheater remains a mystery; regardless, the song definitely doesn’t disappoint.

See the commercial for yourself below!

Sheerios rejoice. Earlier this week, Ed released ANOTHER new song from his upcoming album. Last Friday, Ed Sheeran appeared on “Late… With Jools Holland”, where he debuted the new track titled “Thinking Out Loud”. In the raw romantic ballad, Sheeran talks about the endurance of love, and while doing so, he stole the hearts of perhaps every single girl in the room. Ed’s consistent ability to write such vivid, raw, and beautiful lyrics makes him, in my eyes, one of the best lyricists in pop music today.

Hear the song for yourself!

Ed Sheeran’s album ‘x’ is set to be released on June 23rd, and based on the first three songs this album will definitely be worth the wait.

Ed Sheeran is also set to headline his first arena tour in North America. The tour is set to begin in Seattle Washington on August 21st. Full concert dates and ticket information can be found on his website or Facebook page.

The world is buzzing yet again over the King of Pop’s upcoming posthumous album release.

Justin Timberlake revealed recently via Instagram that he will be on Michael Jackson’s album titled Xscape. Timberlake posted the cover art for the single “Love Never Felt So Good”, where he collaborated with the late Michael Jackson. However, this collaboration is only a bonus track on Jackson’s highly anticipated album.

Listen to JT and Jackson’s collab below!

The original version of the single “Love Never Felt So Good” was recorded and produced in 1983 with Paul Anka, and has since been “contemporized” by Anka and John McClain, according to a press release from Epic Records. The label says the song has “a magic combination of the new and original production that retains the track’s analog, early 80’s feel, while also sounding right at home with the disco-soul inflected music of today”. The single will be available for purchase on May 2nd.

Listen to the original track yourself!


This track is apparently the first on Michael Jackson’s posthumous album. The album will include eight previously unheard songs that were originally recorded from the years of 1983 to 1999. Sony’s Columbia Epic Records signed a long-term deal with Jackson’s estate to later release music from the large archives of Jackson’s recordings.

Standard and deluxe editions of the album are set to be released on May 13th. However, you can preorder Xscape now.

The queen has returned.

Queen B has surprised us yet again with a her new duet with Boots. The song titled ‘Dreams’ is the last track on Boots debut mix tape, WinterSpringSummerFall, and let me tell you, it does not disappoint. The slow five-minute love song has an entrancing beat, with sky-high notes from Beyoncé that will likely give you goosebumps. Even with Beyoncé on the track, Boots strong and smooth vocals allow him to not be out shined.

This is not the first time this talented duo has worked together. New York musician and producer Jordy Asher a.k.a. Boots has made a name for himself after co-writing and co-producing six songs off of Beyoncé’s surprise self titled album Beyoncé. The tracks include “Haunted” and one of my personal favorites, “Jealous”. With a voice like his and working with Beyoncé on his resume, Boots’ future in the business looks pretty bright.

Not only is the song a great listen, but it also comes with a great cause. All proceeds from the track will be donated to ‘Day One’, which serves victims of teenage dating violence.