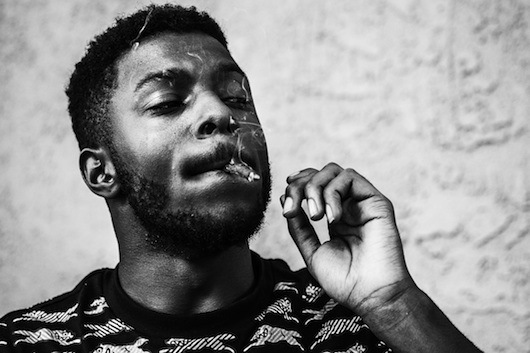 TDE may be the three most important letters in rap right now. The super hip-hop collective led by heavy weight Kendrick Lamar can’t lose. Top Dawg shows they never rest with an offering from their newest signee Isaiah Rashad called “Ronnie Drake”. The Chattanooga native let’s loose with a lyrical assault while label mate SZA guides audiences with a mesmerizing hook. Rashad raps, “Came a long way from a boat and an auction. Now we got names and a vote, then a coffin.” Don’t sleep on Isaiah Rashad. Check out the song below! 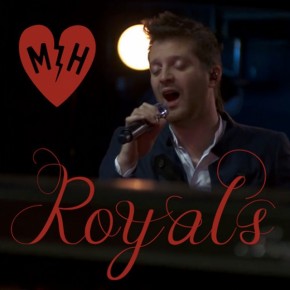 VEVO started a music series over the summer called Unexpected Covers. If you haven’t heard about it, don’t worry. We hadn’t either until today. The music video site pairs artists with a set of songs to cover that span different genres. Their first project challenged synth pop band Passion Pit to take on the Fun! hit “Carry On” and a couple other radio mainstays. Neo soul singer Mayer Hawthorne steps up to the plate this time around for a swing at Lorde’s rebellious teen anthem “Royals”. The Michigan native keeps it smooth for a wavy r&b infused rendition. Put on your blue crushed velvet blazer and funky tortoise shell frames for this one, folks. Check out the video below!

Rihanna Releases "Pour It Up" Video 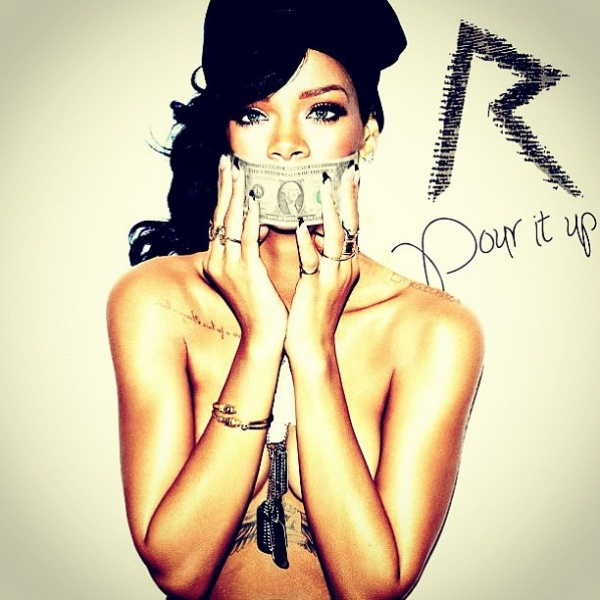 Stop what you’re doing right now. Rihanna has blessed the world with visuals for her club anthem “Pour It Up”. The Unapologetic singer brought out all the stops for the video that’s set against a dark “oceanic” background. RihRih showcases her versatility with a few unique costume changes as she’s flanked by a crew of exotic dancers. Who else can get away with twerking atop a throne in a platinum blonde wig with bejeweled brassiere? Miley, please takes notes.
http://www.youtube.com/watch?v=nPGZh_XRQts

Album Review: Nothing Was The Same 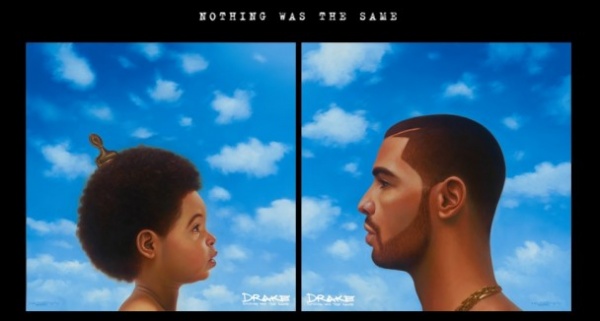 For his third studio album, Nothing Was The Same, Drake finds himself in a decidedly different sphere. The 26 year old Canadian rapper brings a new clarity that was missing in his sophomore effort, Take Care. The album art by Kadir Nelson brilliantly summarizes NWTS.  The photorealistic artist paints both Drake’s child self and adult self in profile as if the two were looking at each other. As the Toronto native put it in an MTV interview, “What that album art is to me is that this is my most clear, concise thoughts from now and my best recollection of then.” What unravels after is a time capsule of some of the most introspective and daring thoughts the rapper has shared to date.

Audiences are greeted with a divine Whitney Houston sample on the opening song “Tuscan Leather” (Noah “40” Shebib flips the sample three times for each verse). Drake starts his grandiose layered introduction, “Coming off the last record, I’m getting 20 million off the record just to off these records. N*gga that’s a record.” Later, the self assured rapper asserts his dominance amongst contemporaries rhyming, “I’m tired of hearing who you checking for now. Just give it time, we’ll see who’s still around a decade from now.” If you weren’t tapping your foot during the first verse you’re bobbing your head and scrunching up your face by now. Hard punchlines do that. “Tuscan Leather” closes with a a quote from the late Curtis Mayfield taken from a live concert that beckons the audience to share in every experience.

The Curtis Mayfield sample, in a way, sets the tone for the album. It also provides the perfect transition into “Furthest Thing”. Drake finds himself in a lull that we, too, may experience. The rapper aimlessly goes through the motions as he indulges in alcohol and useless sex to bide his time in an emotional purgatory. Here, time is at a standstill. Drake exchanges the melancholy sentiments for naked women and impulsive philanthropic exploits by song’s end. Audiences are not to be fooled by this brief eclipse of emotional material. The OVO captain flows about romantic misses in songs like “Own It”, where he yearns to fully enjoy someone. The ballad serves as a blurred snapshot in time. Songstress Jhene Aiko assists Drake on “From Time”, an upbeat emotional R&B spillover chronicling all of his wrong turns with women on the romance timeline. “Connect”, a chopped and screwed ode, finds Drizzy reminiscing about a woman he constantly went back and forth with. The track works sonically, but there’s a disconnect with the “Swang” sample/general Houston feel (cars, codeine, etc) and the topic matter (love). Lines about capitulating to “p*ssy power” water the song down.

Later, Drake finds love or comes close to rescuing it as opposed to recounting failed endeavors. “Come Thru” has a warm 90’s R&B feel as the rapper/singer beckons an old friend to come by the studio. Drake is playful and optimistic; embracing nostalgia. This positive energy is also felt on the dreamy Majid Jordan assisted “Hold On, We’re Going Home”. The Canadian lover croons, “I can’t get over you, you left your mark on me. I want your hot love and emotion, endlessly.” Drake aims to save a girl who is different in his eyes. Majid Jordan sounds heavenly in the interlude while singing about complete sacrifice to this “good girl”. The endearing ballad feels part Michael Jackson, part 70’s disco but it’s all love. I just hope a certain Barbadian bad girl is listening for Drizzy Drake’s sake. “305 To My City” adds into the mix as Drake’s standard stripper serenade.

Drake shifts between soft love songs and harder material. The Young Money member hits the ground rolling on “Worst Behaviour”. Drake adopts the cliche rap trope of returning to fans who were critical in prior years. Think Mike Jones over a kinky Timbaland-esque beat. The rapper spits about growing up and how he’s made it with a few recycled Ma$e. This attitude is more aggressive than “Started from the Bottom” but conveys the same message. You said I wouldn’t get here, yet here I am. “Too Much” seats Drake in the same lane but involves more introspection: the star fights complacency, the perils of fame, and the footsteps of his father. What do you do when your family doesn’t accept you anymore? His chemistry with SBTKRT collaborator Sampha, is magic. Drake hits the streets on “The Language”, a potential club banger. Birdman tacks on a few mediocre lines. Just think of it as your boss photo bombing in an otherwise perfect selfie. Drake blurs the lines of subject matter on “Wu Tang Forever”, which could use a title change. The Clan influenced track samples the Wu classic “It’s Yourz”. Drake melodically raps about a girl giving herself to him, another vindictive relationship and music dominance. The same girl who coos, “its yours”, in the bedroom is saying the same about hip-hop.

The signature wax seal on Drake’s opus is the two part “Pound Cake/Paris Morton Music 2”. Drake lyrically holds his own on “Pound Cake” with rap god, Jay Z. Hov takes the high road on the Boi-1da crafted track. The renaissance man chooses to highlight his wealth and worldliness. Jay amuses himself with quips about his net worth like, “500 million, I got a pound cake. N*ggas is frontin’, that’s upside down cake.” Talks of the millionaire cronies he put on, jet hopping to the money in Jordan III’s and late night benders complete his second verse. You can do that when you’re the GOAT though. We see a changing of the guard in “Poundcake” as Jay sits back and let’s Drake assert his dominance in the rap game. In a Life+Times interview, Jay explained his relationship with Drake perfectly by saying the young star was the Kobe Bryant to his Michael Jordan. “Pound Cake” provides the perfect backdrop for this exchange. The young supernova effortlessly rhymes, “Overly focused, its far from time to rest now. Debates growing ’bout who they think is the best now. Took a while, got the jokers out of the deck now. I’m holding all the cards, n*ggas wanna play chess now.”

Drake continues as “Pound Cake” fades into “Paris Morton Music 2”, a frenetic beat spliced by jazz piano that adds even more to the picture. The rapper remains cool and adopts a syncopated flow to reflect on everything from this present space in time. Anecdotes of his humble “underdog” rap beginnings to new Bugatti he just bought fill listeners’ ears.  One line stands out amongst the rest for listeners: “Like I didn’t study the game to the letter. And understand that I’m not doing it the same, man, I’m doing it better.” The statement is clear and rap’s new coterie of young talent should take note. Drake think’s he is the best of his class. Correction, he knows.

NWTS succeeds because Drake offers his best as a time warping story teller. There are tracks that don’t add to the overall portrait but the authenticity stands throughout. The audience feels every failed romance and warm bedroom memory. Listeners are there for each stumble and triumph on the road to fame. And we watch as Drake tries to ascend to this premier stratosphere where only a select few reside. 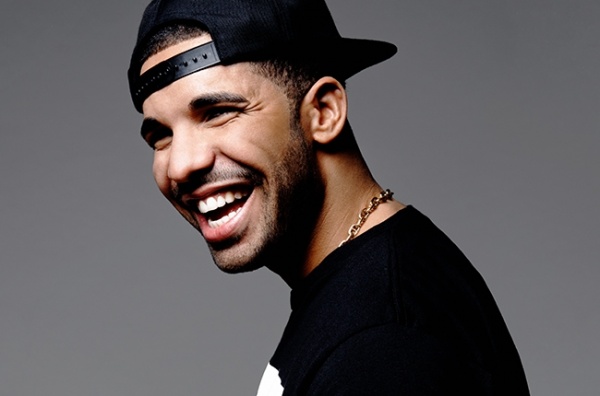 Drake let another song loose from his upcoming third album Nothing Was The Same. The track, entitled “Wu Tang Forever”, is an eerie cut produced by Noah “40” Shebib. Shebib chops up a piano sample from Wu-Tang’s 1997 song “It’s Yourz”. Drake adds to the nostalgia by quoting Raekwon’s opening verse. The song strays a bit from the Clan sample leaving some to wonder if the title is really appropriate. No “chessboxing”, colorful anecdotes from Shaolin, or hard hitting lyrical blows. Instead, Drake opts to sing about a past lover giving herself to him, some poor guy’s girlfriend, and his prowess in the rap game. It’s all his. Check out the new song for yourself below! The Toronto native’s album drops September 24.