Big Time Rush's New Album, And Why You Should Give It A Listen

Aizya McGee
Mainstream Music, Music
Comments Off on Big Time Rush's New Album, And Why You Should Give It A Listen 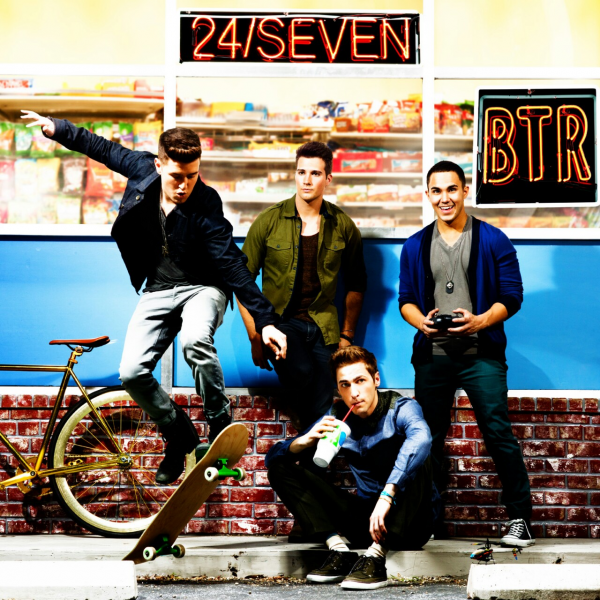 In a time where boy bands have taken over again (think One Direction, The Wanted, Jonas Brothers), Big Time Rush are doing their best to hold their own. Not only do they deal with the increase in musical competition, the four 20-somethings also face the challenge of belonging to a network deemed for kids while proving that they are mature and can appeal to those over the age of 16 (think Miley, Selena, Demi).

Insert album number three. Released last Tuesday, this album, titled 24/seven, goes to prove this point while setting up for their summer tour.

After jamming out to this album in my car for the past four days, I’m here to give the reasons as to why I think everyone should give this album a listen. Whether you love boy bands, hate them, or are scared to admit your deep hidden feelings.

Overall, I think it’s great and pushes beyond the expectations and preconceived notions of the Nickelodeon-bred band.
Take a listen: