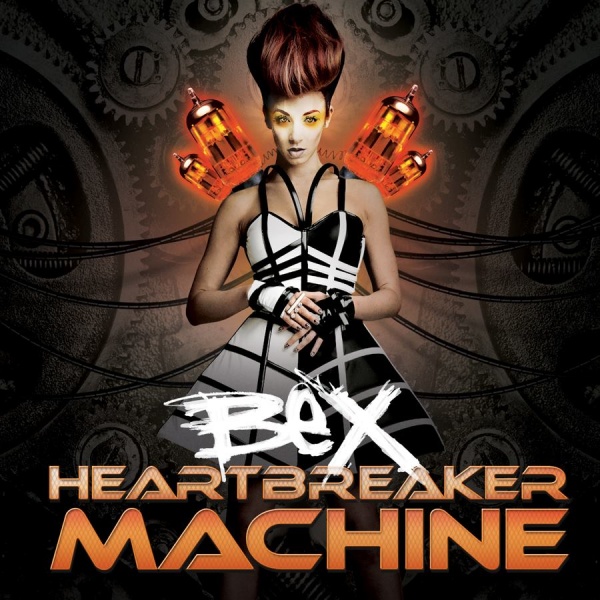 What do you do when you’re a rising star, backed by a growing fanbase and two club crushing, Billboard-charting electro-house singles under your belt? You drop a third single that trumps them all, exposing another fantastic facet to your musicianship and giving the nation another reason to stay on the dance floor. That’s exactly what dance-pop diva (and fellow Nittany Lion) Bex has done, and thus we’re gifted with the track “Heartbreaker Machine.”  Her previous hits “Life of the Party” and “What You Are” kept our hips moving and fists pumping, but it’s the pile-driving percussion and floor-shaking synth blasts of “Heartbreaker Machine” that make us want to party the night away.

“Heartbreaker Machine” is Bex at her sassiest and sexiest, clothing herself in slick cuts of dubstep and steely harmonies as she struts across the track with sly purpose, cooing and yelping her undeniable appeal amongst the track’s gloss and glam. “Heartbreaker Machine” opens with a conversation between Bex and a certain robotic mistress we all know and love, leading into the sultry first line and taking off from there. After the second chorus bubbles over with sweet, frothy hooks, the track breaks into the bridge and Bex spits fire over an icy beat and robotic background vocals. It’s easily one of the track’s finest moments, and it puts the final touch on Bex’s ornate portrayal of herself as a cool, calculated femme fatale.