BLACK Is The New COOL: An Interview With PSU Rapper Cooley Black

Courtney Neal
Penn State News Reviews and Interviews
Comments Off on BLACK Is The New COOL: An Interview With PSU Rapper Cooley Black 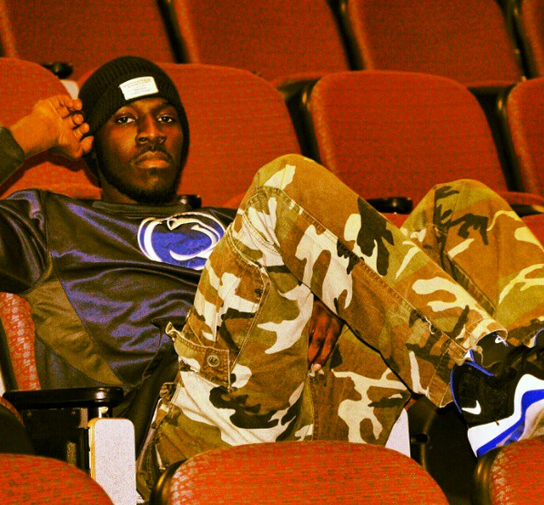 While standing in line at Panda Express in the HUB, Cooley Black just happened to run into recording artist J.Cole who was preforming later that night in Heritage Hall. The rapping megastar offered the young aspiring rapper some quick advice. “Just Do It.” Yup, as simple as that! Cooley Black took his idol’s encouragement and ran with it. He began to work vigorously on his craft, producing two independent mixtapes since his freshman year. Now as a senior, Cooley Black is currently putting the finishing touches on his third project The Cool Table. 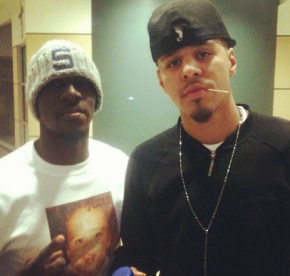 Cooley Black refers to The Cool Table as an “appreciation tape.” Black wanted to pay homage to all of his friends, family, and mentors that have helped him grow as an artist in the best way he knows how… through his music. Black says that his friends Oakes and Marquis are key players in his growth and success thus far. Black has even encouraged his younger brother to get involved in music by letting him play a part in the project. Black is inspired to make music by what he feels, what really happens in his life, and his desire to make it in the music industry.

Chinese food washed down with champagne was the meal of choice that inspired Penn State rapper Cooley Black’s first single off of his most recent mixtape The Black Bang Theory. The song, appropriately titled “Chinese and Champagne,” features a smooth sample from Marvin Gaye’s classic “Come Get To This.” Gaye croons the lyrics ‘Ooooh… went outta my mind’ in the background as Cooley Black raps about his personal struggles and striving for success. Cooley Black hails from Philadelphia, Pennsylvania and is a Senior preparing to graduate in the spring. He said that “Chinese and Champagne” is the track that reignited the most with his listeners. Even as I am listening to it at this very moment, I cannot help my bob my head to the beat and connect with his word.  The Black Bang Theory can be downloaded or streamed or free here.

Cooley Black offers a unique sound on his mixatape. He is clearly lyrically inclined and when that’s combined with beats produced by his friend Oakes, a hit is bound to happen.  “College Thrills II” is a song off of the tape that many college students can relate to. It is also one of my favorite tracks off The Black Bang Theory. This song features a familiar sample from Empire Of The Sun’s “Walking On A Dream.” Through the verses, Black conveys a day in the life of the average college student from skipping lectures, to student loans, and excessive drinking. This song even shouts out of many familiar aspects of life at Penn State! Believe me, this song will force a smile on your face as he raps:

Blue and White living life like a movie/ Get it poppin’ on campus like f*** what the school say/ In the HUB, blue cups getting liquored up/ And we don’t gotta say ‘We Are’ they just know it’s us.

The music video was actually filmed on PSU’s campus and the downtown State College area.

Cooley Black likes to connect with his audience via Twitter. He encourages his listeners to give him feedback at his handle @CooleyBlack. He is also open for collaborations with other musicians and producers and can be reached at CooleyBlack@gmail.com