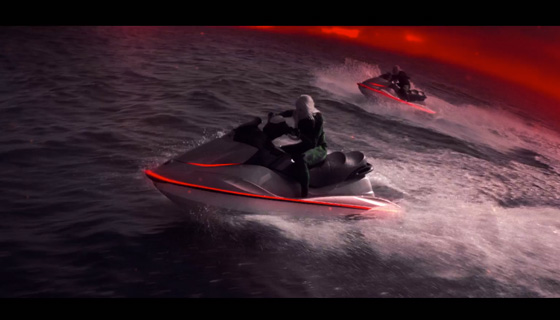 Skrillex breaks out the big guns for the second version of his “Breakn’ A Sweat” video. This collaboration that he did with The Doors first appeared on his 2011 Bangarang EP. The video, directed by Radical Friend, is sure to be a sci-fi classic that contains robot sharks, jet skis, and futuristic robot babies. It is guaranteed to keep your attention for the entire three and a half minutes, and the prediction by Jim Morison on the future of music around the 1:50 mark, “I can kind of envision one person with a lot of machines, tapes, and electronic set ups, singing or speaking and using machines” is eerily accurate.