Breakout Acts of 2013: Watch The Duck

Chris Will
Mainstream Music, Music
Comments Off on Breakout Acts of 2013: Watch The Duck 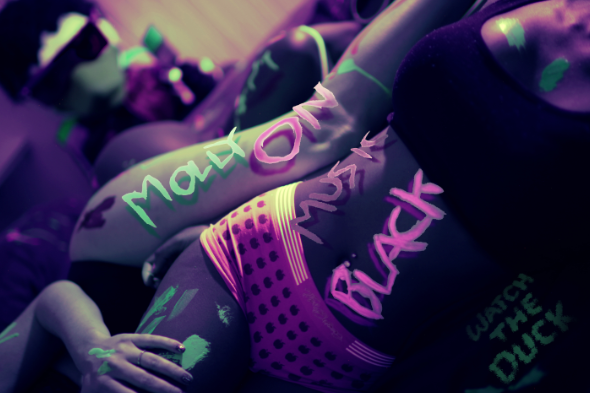 Alabama-bred dance trio Watch The Duck treads the line between grungy dance music and dirty south hip-hop, adding heavy elements of ambient electronica. Their records cover the entire gamut of club-worthy sounds, and they aren’t afraid to throw in some bone-splitting dubstep here and there. The proof’s in their track “Reactivated,” a fire and brimstone dance grinder with a death-defying drop that literally shakes the roof. Soulful vocalist Jessie Rankins fades in and out of the synthetic current, breathing life into the steely instrumentation.

“Reactivated” comes straight from their newest release, the Black Music on Molly (REmixtape). The REmixtape is the strongest collection of free tunes you’ll find on the Internet, bar none. “Black Music On Molly” adds in spoken word and R&B influences, while “Fuck em” is a brief, trap-dipped interlude, transitioning to the equally trappy “Let Me Find Out.” Still, other tracks such as “Columbia” move with a rough dubstep flow, Rankins’ voice burning through the thick fog of synthesizers. “Do My Dance” is a mess of squeaking, eerie, bass-heavy drops, and the mixtape closes with “Kill My Vibe,” which samples Kendrick Lamar’s “Bitch Don’t Kill My Vibe.”

So broaden your mind and take a dip in Watch The Duck’s waters. Immerse yourself in their foot-tapping, hip-shaking, genre-bending, FREE mixtape, and look to the future for some big, big things from this trio.