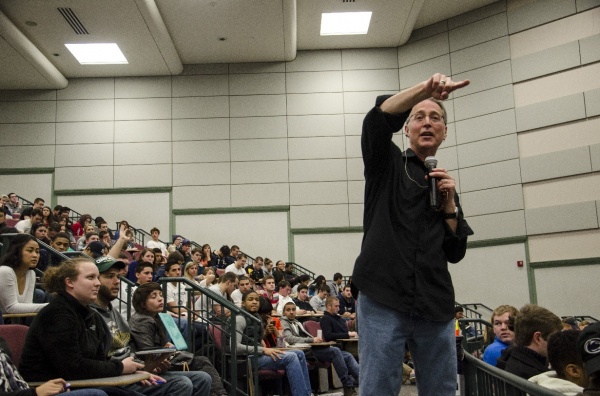 This is part two of our fourth installment of our Campus Celebrity Interview series, and this time we sat down with Sam Richards. Sam is most well known as the instructor of Soc119, the country’s (and possibly the world’s) largest race relations class. Sam had a lot to say, so we’ve divided the interview up into three parts. Check out part one of our interview with Sam here! In this second part, Sam discusses music: music he listened to growing up, how he wanted to play music as a career before teaching, and why he thinks music has such a great impact on humans and society. Check it out below!