DETAILS FOR Catch Sam August this week on B94.5!

Renae Gornick
Events, Penn State News Reviews and Interviews
Comments Off on Catch Sam August this week on B94.5! 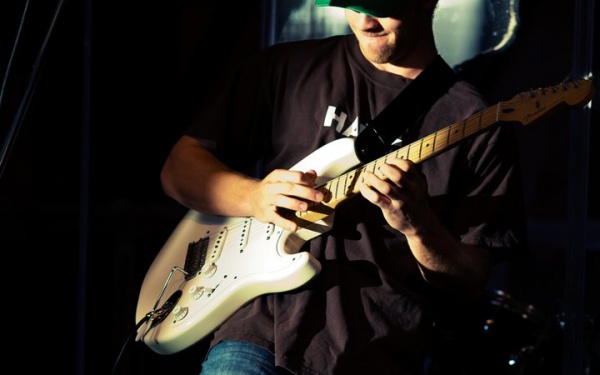 The multi-talented Sam August will be on the air Wednesday, December 4th at 8:30 a.m. on Happy Valley’s All Hit station B94.5! He’ll be talking with PJ and the Morning Zoo crew about music and such, and play songs from his band Regress Infinite on the gee-tar!

I wasn’t lying when I said Sam August was multi-talented. He’s not only a musician, but also he’s an incredible artist, he’s a player on the Penn State varsity baseball team, and all the while he’s a senior studying English and Philosophy. For more about Sam, check out this short video highlighting his talents.

Sam will kick off SPA’s Student Showcase on Friday, December 6th at noon! Catch Sam shred the guitar this week on the radio and in person, and if that’s still not enough for your ears you can check out his solo stuff and his band Regress Infinite on Soundcloud!