DETAILS FOR Cobra Starship to come to Penn State 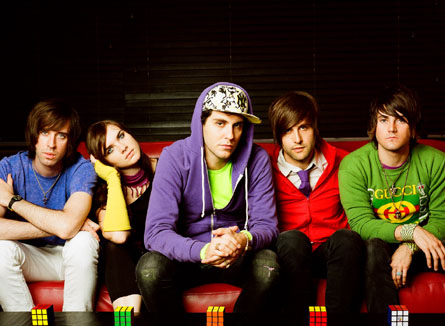 HERE is a Spotify playlist to get you stoked for Cobra Starship!

Messages from the nation’s largest youth smoking prevention campaign will “sing out” at the Bryce Jordan Center on Wednesday,

Truth’s success stems from connecting with young people through one of their common ‘passion points’ – music – as a way to subtly integrate truth’s important messages into the experience.

Cobra Starship first “met” truth during the 2008 summer Vans Warped Tour, when the band was a featured musician on tour and the truth crew and truck appeared as part of Vans all-day festival of activities. That summer, Cobra Starship appeared in truth-related videos that appeared online at thetruth.com and on FUEL TV and in fuel.tv podcast.

Admission is free courtesy of the Student Programming Association (SPA). Registration for the free concert will take place onwww.facebook.com/truthorange, or anyone can register at the door.  This concert will be on a first come, first served basis.

The link will become active on September 24.