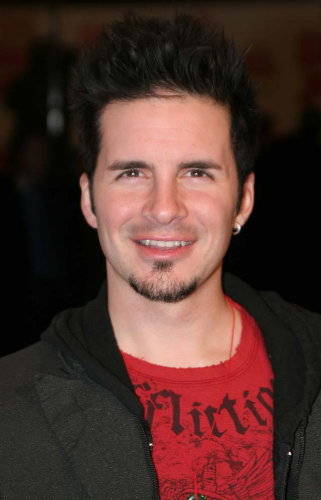 Television personality and comedian Hal Sparks will perform a night of stand-up comedy at 10 p.m. on Friday, April 13 in Alumni Hall as a part of SPA LateNight. This is a ticketless event and free to anyone with a valid PSU student photo id. Admission is on a first come, first serve basis. This show is a part of SPA’s annual April Fool’s Comedy Month. More acts will continue to be announced.
Sparks has been featured on VH1’s various compilation shows like “I Love the 70’s, 80’s and 90’s,” as well as starred in various television shows and movies. He hosted “Talk Soup” on E! Entertainment Television from 1999-2000 and co-starred as Michael Novotny on the hit Showtime series “Queer as Folk.” He has also had a Showtime stand-up special “Charmageddon” and provided the voice for Tak in the Nickelodeon animated series “Tak and the Power of Juju.” He has been in numerous movies such as “Spiderman 2,” “Dude, Where’s My Car?” and “Dickie Roberts: Former Child Star.” Sparks has made many TV appearances including “The Tonight Show,” “Larry King Live,” “Good Morning America,” “The View,” “Jimmy Kimmel Live” and MTV. Sparks is also an accomplished singer, songwriter and musician.
###