Renae Gornick
Events, Penn State News Reviews and Interviews
Comments Off on Comedians in the Upright Citizens Brigade Tour Company are coming back to Penn State 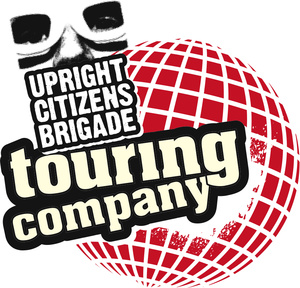 The Upright Citizens Brigade Tour Company (UCB TourCo) will be coming back to Penn State, hitting the stage in Alumni Hall. The tour group will be performing on Thursday, January 30th, 2014 at 8 pm. This is a ticketless event – admission is free with a valid Penn State student photo ID and entry is first come, first served basis.

Originally founded in Chicago, the Upright Citizens Brigade is an improv and sketch comedy theatre and school that is now based in New York and Los Angeles. The UCB is famous for training and showcasing some of the top comedians in the country.

UCB TourCo, established in 2005, allows their best stage performers to travel to colleges, universities, and performing art centers all around the United States. These handpicked comedians are most known for their long-form improvisational comedy shows that are performed by teams of four.

UCB TourCo has featured talented comedians such as Amy Poehler (“Parks and Rec”), Jack McBrayer (“30 Rock”), Horatio Sanz (“Saturday Night Live”), Ellie Kemper (“The Office, Bridesmaids”), and Rob Riggle (“The Daily Show”). With no prepared lines or characters assigned, the Upright Citizens Brigade Tour Company will be sure to impress, as well as bring the laughs.