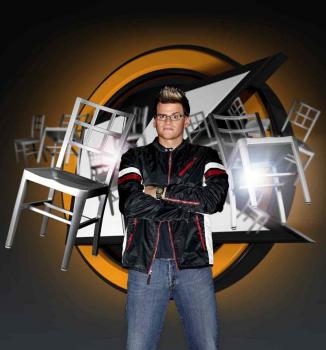 Comedic Hypnotist Dale K will perform at Penn State as a part of SPA LateNight. The event will take place in Heritage Hall on Saturday, September 8 at 10 p.m. This is a ticketless event. Students with a valid photo PSU ID will be let in for free on a first come, first serve basis.

Dale K knew early on that he was “unusual” compared to his peers. He knew he was destined to perform on stage, so he did just that. He gained an enormous amount of attention with his ability to hypnotize at an extremely young age. Dale’s philosophy of hypnotism differs from the stereotypical “Hollywood” fabricated idea. During his performances, Dale challenges these ideas by “proving that hypnosis is simply the power of suggestion that consists of mind  ‘motivation’ rather than mind ‘control’.”

Dale’s extreme talent appeals to all types of people and venues and he is sure to impress a sellout crowd. Dale K is a “must-see” performer with a universal appeal and a yearly tour schedule, performing in 200 cities. For more information, check out Dale K’s website:  http://www.dalek.com/home.php.