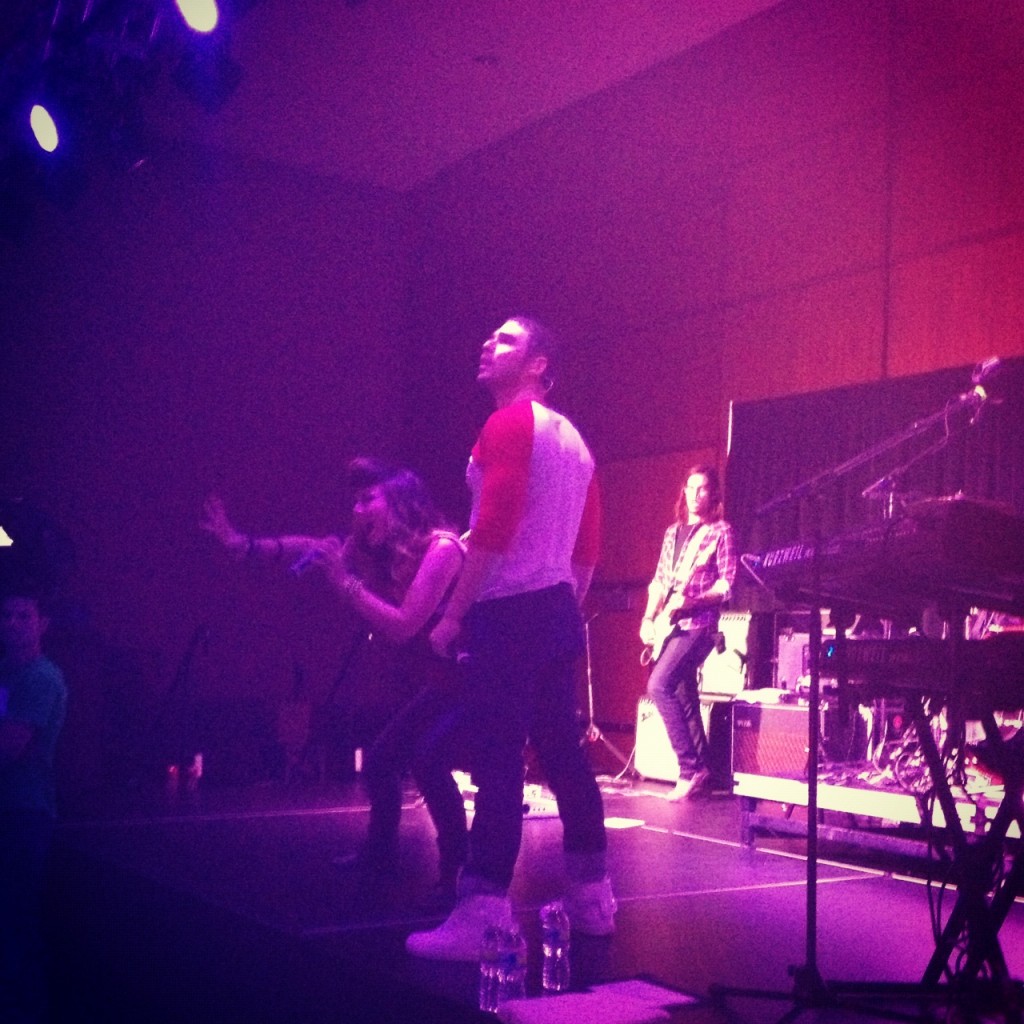 Lights. Camera. KARMIN. The breakout hip-hop/pop duo graced Penn State’s very own HUB-Robeson center last night, delivering a one-hour set for the wild and cheering crowd. When the Student Programming Association announced a few weeks prior that they would be bringing Karmin for free, there was a mixture of excitement and curiosity surrounding the upcoming show. Would Karmin perform both originals AND covers? Would their live set match the personality and energy of their Youtube covers and music videos? Most importantly, would Karmin’s show be not only a concert, but also a PERFORMANCE? 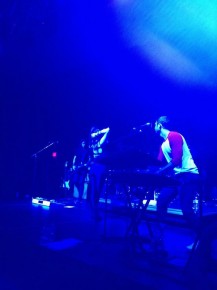 Karmin not only met these expectations, but they far exceeded them. Amy and Nick were engaging, lively, funny, kind, and most of all, unbelievably talented. From start to finish, they gave the audience an interactive and utterly enjoyable experience. Amy and Nick not only showed that they were a pop group that was here to stay, but they were also a pop group that was here to rock! And rock, they certainly did. 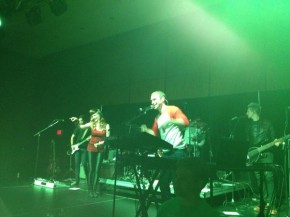 The concert opened with the band taking the stage, as vocalist and multi-instrumentalist Nick ran to the front and yelled “PENN STATE,” sending the crowd into an uproar of giddiness and glee. Lead vocalist and frontwoman Amy waltzed on-stage soon after, keeping a cool smile amongst the shrieking hoards of Penn State students. She addressed the crowd once more, screaming “PENN STATE!” before introducing herself, Nick, and the band. They announced they would be playing a brand new song and then went right into it. 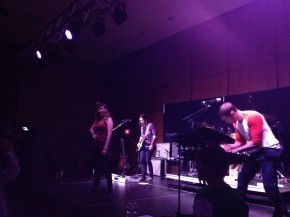 The song (it may have been called “Boom,” it was hard to hear) was a rap-centered, mid-tempo hip-hop track. Amy snarled her way through the burning synthesizers with her heated verses, asserting Karmin’s increasing dominance over the mainstream music world. 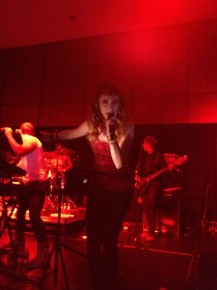 They followed up with the title track from their debut album Hello, bouncing around with fantastic vivacity. Amy came right up to the edge of the stage and looked the crowd in the eye, smiling as she deftly cut through the air with her powerhouse vocals and rapping. They ended “Hello” with some truly epic poses. 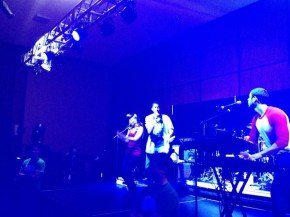 The rest of their performance melded together into one flawless, blissful set. They brought up a crowd member to join them in performing their critically acclaimed cover of “Look At Me Now,” which cemented Karmin a record deal and a massive fan base last year. Even while the crowd member was rapping, Amy pumped him up with crazy dance moves. Amy gave Nick the stage as he opened up the soft love ballad “Coming Up Strong” with stirring piano keys and heartfelt singing. Amy gazed on as Nick performed, and the connection between the two musicians (they’re sweethearts, you know) was strong and visible. They showcased their phenomenal harmonizing skills on “Coming Up Strong,” delivering a truly heart-warming performance. 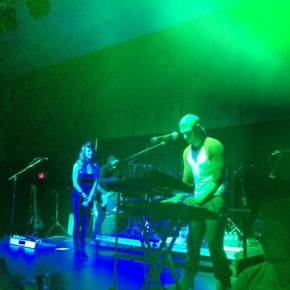 Next came a cover of “Pumped Up Kicks,” the duo adding some energy and goofiness to the dark and morose lyricism. Nick subtly mashed-up “Pumped Up Kicks” with Journey’s “Don’t Stop Believing,” transitioning into the ubiquitous piano riff in the bridge and sending the crowd into hysterics. Then they launched into their original tracks “Walking On The Moon” and “Too Many Fish.” Amy turned up the sass on “Too Many Fish,” elevating the spunk of the Beyonce-esque track to ridiculous levels. They quickly left the stage afterwards, but the crowd was no fool, roaring for an encore. Amy and Nick returned and closed out the night with their groovy cover of “Superbass,” along with a jaw-dropping performance of their platinum smash hit “Brokenhearted.” 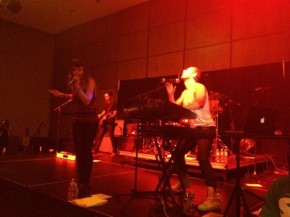 Karmin’s show proved that they’re exponentially moving upward in the pop-music world, and their unbelievable stage presence and live talent proved that they’ll be around for a while. If you missed out on the show, make sure you get a chance to see them live soon. You won’t regret it.