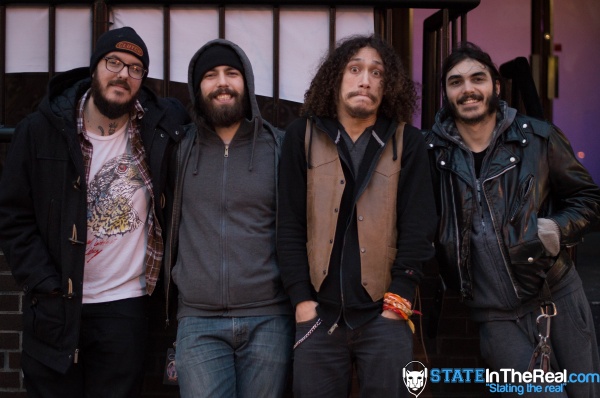 Bearded lovers of rock music came out of every crevasse and corner of Central Pennsylvania to see Clutch, The Sword and Crobot perform a sold out show at Levels Nightclub. The line of beards wrapped all the way around Mclanahan’s on East College Avenue, with each and every person anxiously awaiting the PBR and good music inside Levels’ doors. The club even opened up its unfinished section to expand the room and accommodate the fans, which most importantly added an extra bar to get some booze. 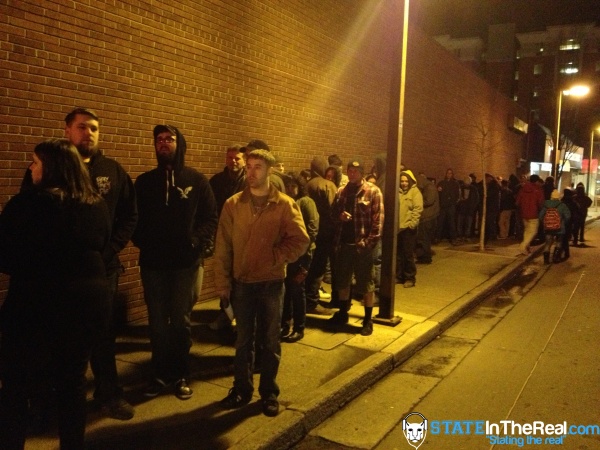 The Pottsville native band Crobot kicked off the show and played a set spicier than their signature hot sauce available for purchase at their merchandise table. Frontman Brandon Yeagley blew away the crowd with his pure, elastic vocals that perfectly complimented the band’s heavy, “dirty” sound.  I guess it could go unsaid, but a band that describes themselves as a “rifftastic beardgasm” definitely has my full attention. The quartet played songs from their 2012 album The Legend of the Spaceborne Killer, and a few other harmonica-infused, groovy jams that’ll be on their upcoming project with Wind-up Records. Their powerful, hard rock funkiness was refreshing to bang my head to with sounds similar to some of my favorite bands like Soundgarden, The Parlor Mob and Black Sabbath.

“We weeble, we wobble, but we don’t fall down!”

The Sword and Clutch were fantastic, but it was this tour’s opener that stole the show. If you’re interested in catching Crobot perform, sit tight. The band is coming back to State College on Valentine’s Day for SnoCore Tour 2014.