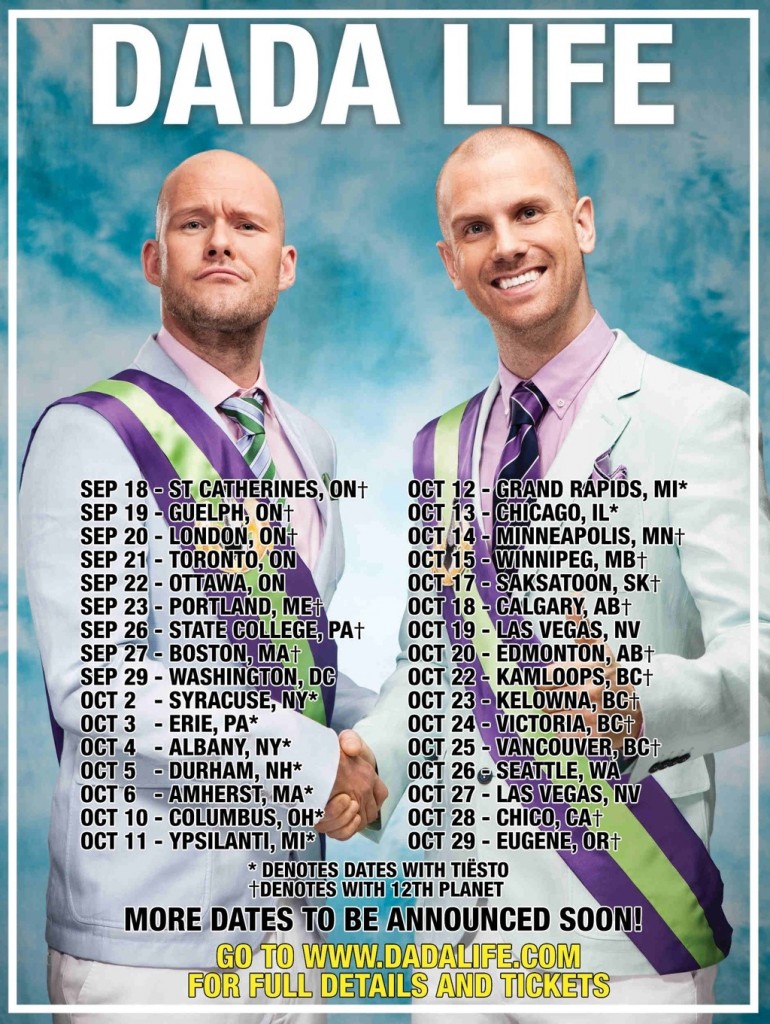 The potassium-centric show went off without a hitch Sunday night at Levels nightclub. By the looks of it, the Swedish house duo – composed of Olle Corneer and Stefan Engblom – had just as much, if not more fun than the crowd did.

Upon arriving, the crowd was less than promising. The outcome looked grim, mostly because it was a Sunday and people had homework, exams, and all of that crap.  However, as Caveat drew to a close and Dada’s performance crept closer, a trickle of brightly colored rave-goers slowly came pouring through the door.  Soon enough, the entire place was packed like a tin of glowing sardines, a flashing mass of limbs bouncing up and down. 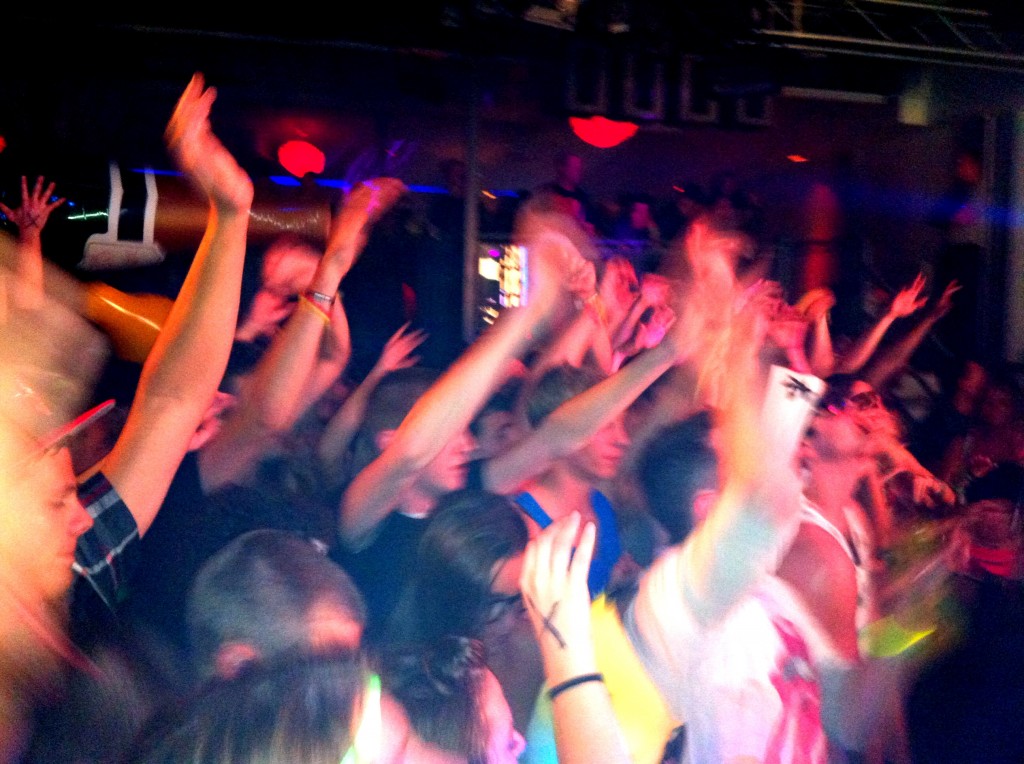 Positioned in front of a large LED screen with trippy graphics, Dada took State College by storm.  They pounded out their own original music, as well as popular remixes to songs like “Big Bad Wolf” by Duck Sauce and “Hollaback Girl” by Gwen Stefani, hence the obvious fruit reference. Inflatable bananas and champagne bottles were also in abundance (which is always fun, isn’t it).  Have a ‘look see’ at some more low quality goodies below:

The concert came to a close around 1:30 am with a shower of confetti filling the room.  All in all, they pretty much killed it. As my first experience at a house/electro concert, I can say with conviction that I would go again in a heartbeat. Even on a Sunday.  You just made yourself a new fan, Dada. Godspeed.