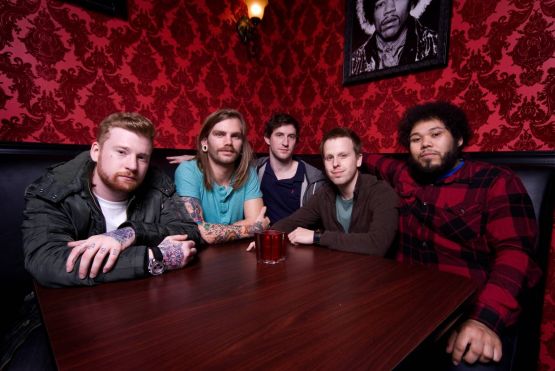 Progressive post-hardcore virtuosos Dance Gavin Dance have announced that they will be releasing a new album, titled “Acceptance Speech,” on October 8th. The album was mentioned in a Facebook post from Rise Records, which can be viewed here. They also mentioned that all of Dance Gavin Dance’s vinyls will all be printed on vinyl for the first time. But just today, the record label released a teaser video, announcing the new album’s release date, along with a teaser track from the album. This will be the band’s first album with singer Tillian Pearson (not pictured above), but a number of original and returning members are still in the band, including Jon Mess, Will Swan, Matt Mingus, Tim Feerick, and Josh Benton. The band’s highly anticipated 6th album will be out this fall, so make sure to check back for more on the album’s release.