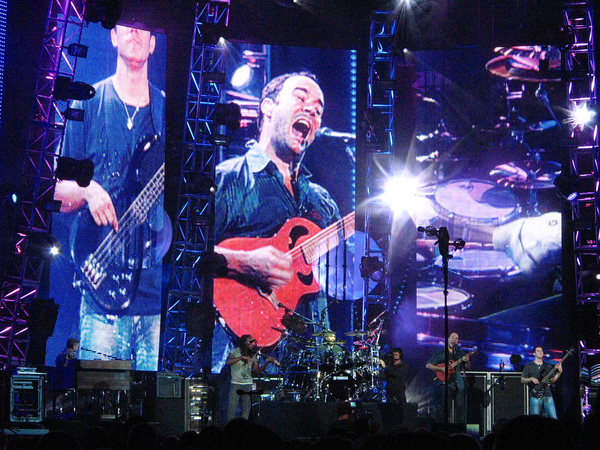 The Susquehanna Bank Center parking lots will start to fill with eager DMB fans around noon today.  If you never have been to a Dave Matthews Band concert, there is no way to describe the atmosphere, other than one word, PARTY!  DMB fans have been using these summer concerts as a party get away for a little over a decade, and it’s been said some of the best shows have happened in Pennsylvania.  I have watched DMB perform in Camden and Hershey, and I personally think Camden is better, but Hershey is much closer for the Western half of the state.  In under 2 hours, the beers will be flowing, the grills will be fired up, DMB will be blaring over people’s car speakers, and the good times will be rolling in Camden!  SITR will be there tomorrow night (Wednesday) with coverage from tailgating to the main show!