Diamonds In The Rough: 8 Pop Songs You Need To Hear

Chris Will
Mainstream Music, Music
Comments Off on Diamonds In The Rough: 8 Pop Songs You Need To Hear 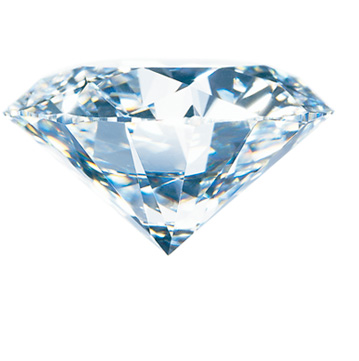 Listening to music should never be a truly private affair. Music is what brings us all together, tying scores of people under relatable themes, be it love, lust, hate, anger, jealousy, or carefree bliss. Even when you listen to a track by yourself, you’re joining hundreds, thousands, and even millions of people who have experienced or are currently experiencing that piece of artistry. You may be alone in your room or car, but you’ve made a connection to the song that many others have likely made in a similar way. Even if you attribute a personal experience or feeling to a song, it’s because the artist or band made a connection with you through their lyrics and sound. And those typically derive from the artist’s or band’s own personal experiences and feelings. Thus, music is always a shared experience in some form or fashion, whether it’s from artist to listener or from listener to listener.

To cut to the chase, I’d like to share some music with you all, from listener to listener. Below are eight songs that I absolutely love. With any luck, by the end of this article you’ll be in love with a few of them too. Hopefully you’ll find at least one song that makes you smile, makes you want to dance, or makes you look at life in a different way.

Diminutive Canadian cutie Lights has slowly but surely crafted her own signature sound over the years, currently flaunting an impressive blend of dusty electro and wistful pop-styled vocals. Her latest album Siberia intertwines those two elements flawlessly, and its single “Toes” is a perfect example of Lights’ fantastic musicianship. The dirty, crunchy electronic instrumentation stands as a stark contrast to Lights’ sweet, soothing melodies. She coos with the awe-struck innocence of a school-girl caught up in a crush, and when she delivers the lyric “oh, you capture my attention,” it’s sung with such fervor that it makes your heart ache.

Indie-rock trio fun. are certainly having the year of their lives. The first two singles from their sophomore album Some Nights are currently destroying the charts, radio, and just about everything in between. The album itself is a treasure trove of genre-bending, timeless tracks, mixing futuristic hip-hop with 70’s and 80’s style pop-rock. “Why Am I The One” is a particularly sturdy record. Though not quite as epic as “Some Nights” or “We Are Young,” “Why Am I The One” finds vocalist Nate Ruess channeling Elton John amongst organic acoustics and purring violins. Ruess yearns for some substance in his life and some stability in his relationship, calling out “Why am I the one always packing all my stuff?”

“How To Be A Heartbreaker” – Marina & The Diamonds

“Rule number one is that you gotta have fun,” is the opening line to Marina & The Diamonds’ delightfully superficial track “How To Be A Heartbreaker,” as a playful acoustic guitar filters in and out underneath Marina Diamandis’ devilish lyricism. “How To Be A Heartbreaker” follows the central theme of Marina’s sophomore album Electra Heart by both celebrating and mocking celebrity life and Hollywood culture. It’s a priceless pop track, drowning in hooks and brimming with dance-floor potential. Listen to it, love it (shamefully or shamelessly), and expect to hear it on the radio very soon.

Kimbra is arguably one of the most underrated pop stars in the American music scene. Her debut album Vows is a sexy, bluesy mix of experimental pop, soul, and jazz, showcasing Kimbra’s superior melodic clout and phenomenal songwriting. The track “Good Intent” is especially sexy and bluesy, with Kimbra’s sultry croon coolly keeping beat alongside the grooving bass and foot-tapping drumbeat.

When Imagine Dragons burst onto the hot 100 with their breakout hit “It’s Time,” there was a measure of uncertainty surrounding the alt-pop band. Would they follow up “It’s Time” with more hits? Would they stand as a one-hit-wonder-could-have-been rock band? They put all those worries to rest with their debut album Night Visions, an unequivocally marvelous collection of records both honest and radio-friendly. “Bleeding Out” is one of the standout tracks on Night Visions, encompassing both sonically and lyrically the band’s extraordinary talent. Hip-hop beats meld into electronic synths, rushing into singer Dan Reynold’s angst-ridden melodies, lovelorn in his cataclysmic loneliness. Odds are “Bleeding Out” will follow “It’s Time” and “Radioactive” as Imagine Dragons’ third smash hit.

Though Paloma Faith is already prepping for the U.S. release of her second album Fall To Grace, her debut album still holds some surprisingly refreshing pop gems. The notable single “Upside Down” is one such gem. A funky, retro splash of optimism, the bouncy instrumentation and jazzy vocals make “Upside Down” undeniably fun and bright.

Electro-blues? Blues-step? Whatever genre you want to label Alex Clare under, it’s obvious this man is taking some pretty innovative leaps with his music. His worldwide smash “Too Close” is currently punching through the Billboard top 10, but behind the track lie several more infectious potential hits. “Treading Water” is a particular favorite, a relatively low-key (at least in comparison to “Too Close”), dubstep influenced, unbelievably catchy breakup track. Like “Too Close,” Clare blames himself as to why the relationship in question is falling apart. Groove to the wub-wub and enjoy!

Sky Ferreira has had a rather interesting musical career, transitioning from a burgeoning dance-pop artist to an evocative indie-pop chanteuse. She’s still getting ready for the release of her freshman debut, but luckily she dropped the track “Red Lips” over the summer for critics and fans alike to enjoy. Co-written with Garbage’s Shirley Manson, “Red Lips” is a cutting slice of grungy powerpop. Ferreira spins a succinct, snarky tale of a floozy, promiscuous female, striking her down with her icy sarcasm and scorn.