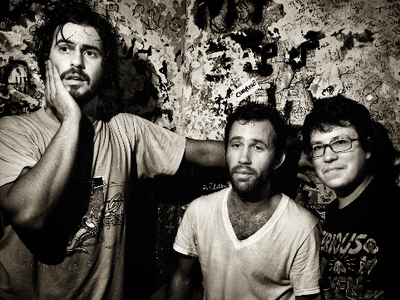 Presently, my absolute favorite musical group is White Denim, a four man band from Austin, Texas. It’s hard to pinpoint their exact sound, even after seeing their live performances a number of times. They seem to draw from a number of genres, most distinctively blues, punk rock, and psychedelic rock, followed by progressive rock, soul, jazz, experimental rock, and dub. They aren’t afraid to improvise and jam, but all the while are extremely tight and practiced in their live performances. The band is completely focused on their live work as a whole, without the slightest interruption. They don’t say a single word, let alone leave more than a 10 second gab between songs to tune up, and they still usually manage to play a 2 hour show. They are a prime example of one of those bands that you immediately get hooked on after seeing them in person.

Personally, this video off of their newest album, D, is one of the most, well… interesting I’ve seen from an artist in a similar genre in some time. It totally makes you feel as if you were watching an old home video on VHS from your parents prom. This is but a taste of their skill as musicians, particularly their knack for making catchy tunes. I’d advise checking out the entire album.