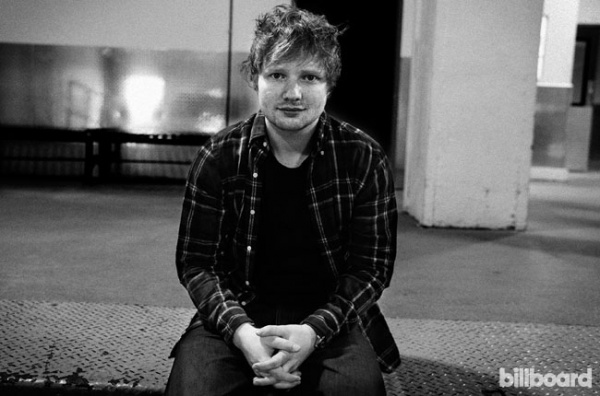 2014 has shown to be a huge year for our favorite red head, Ed Sheeran, and from the looks of i, he isn’t slowing down anytime soon. At the beginning of April, the British singer-songwriter announced details about his much awaited sophomore album titled ‘x’, or ‘multiply’, which is set to be released June 23. Fans have been long awaiting Sheeran’s new album after the release of his debut multi-platinum album ‘+’ in 2011. Shortly after announcing his new album release date, Sheeran debuted the album’s lead single “Sing”, which has since been climbing the charts.

But good thing for us, Ed has so much more in store.

Today, a new Beats by Dre commercial was released, with Sheeran as the star, and from the sounds of it, he is seeking some serious revenge. In the commercial, the singer is shown in a hotel room singing his new song titled “Don’t”, a track off of his forthcoming album ‘x’. The R&B infused track includes some pretty intense lyrics, including: “If I show courtesy and respect to someone, I expect to receive it,” and “I never saw him as a threat/Till you disappeared with him to have sex”.

The song is allegedly about a former love interest who cheated on the singer with a close friend. The name of this suspected cheater remains a mystery; regardless, the song definitely doesn’t disappoint.

See the commercial for yourself below!

Sheerios rejoice. Earlier this week, Ed released ANOTHER new song from his upcoming album. Last Friday, Ed Sheeran appeared on “Late… With Jools Holland”, where he debuted the new track titled “Thinking Out Loud”. In the raw romantic ballad, Sheeran talks about the endurance of love, and while doing so, he stole the hearts of perhaps every single girl in the room. Ed’s consistent ability to write such vivid, raw, and beautiful lyrics makes him, in my eyes, one of the best lyricists in pop music today.

Hear the song for yourself!

Ed Sheeran’s album ‘x’ is set to be released on June 23rd, and based on the first three songs this album will definitely be worth the wait.

Ed Sheeran is also set to headline his first arena tour in North America. The tour is set to begin in Seattle Washington on August 21st. Full concert dates and ticket information can be found on his website or Facebook page.