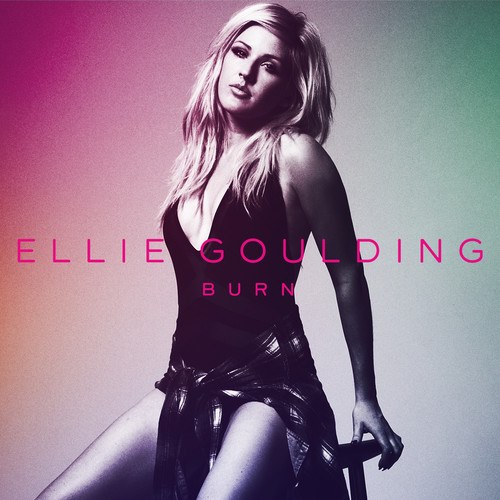 Indie-pop’s celestial sprite, the effervescent and eclectic Ellie Goulding, has spent the last year sweeping the world off its feet with her sparkling emotive tunes. It started last summer with “Lights,” when the little electronic ballad that could finally ended its slow blaze up the Billboard Hot 100 at a #2 peak, and it only got better from there. Her follow-up single (and first offering from her sophomore effort Halcyon) “Anything Could Happen” was a bit more aggressive, toting a pseudo-acapella breakdown slathered in reverb and sugarcoated with synthesizers. It spearheaded one of the strangest and strongest pop albums of 2012, as every track on Halcyon was a beautiful and bruised turn further into the flowering abyss of Ellie Goulding’s dark and delectable musicality. She’s currently riding the wave back to the top of the charts with her bff Calvin Harris and their monster club collaboration “I Need Your Love.” On top of that, its acoustic counterpart and her incredibly sexy cover of Alt-J’s “Tesselate” are floating across the interwebs as we speak, blessing all those in their heavenly path.

Long story short, Ellie Goulding’s not only one of the biggest and best pop stars in modern pop music, she’s also got the sense to consistently bless her fans with great new songs and covers even in-between albums. Which is why it should be no surprise that the queen of everything released a new single today to the unworthy masses. Produced by Greg Kurstin (P!nk, Lily Allen, Tegan & Sara) and written with Ryan Tedder of One Republic, “Burn” is a bit of a different look for Goulding, but certainly not a bad one. Those less radio-friendly may balk at the warbling songbird working with two of the most ubiquitous mainstream pop composers of the decade. But if anything, Goulding takes what would be an otherwise cookie-cutter dance-pop radio staple and makes it extraordinary. In “Burn,” Ellie Goulding twirls around the scorching synthesizers and sun-baked keys, turning up the heat as she takes you by the hand and sets the world aflame with hope and life. It’s probably one of her most optimistic records yet, and though it allegedly doesn’t drop on iTunes until mid-August, it’s poised to become one of the biggest songs of the summer. “Burn” will be packaged with the Halcyon re-release titled Halcyon Days, set to drop August 26th. But until then, celebrate the godliness of Goulding and blaze a trail across the dance floor with “Burn.”