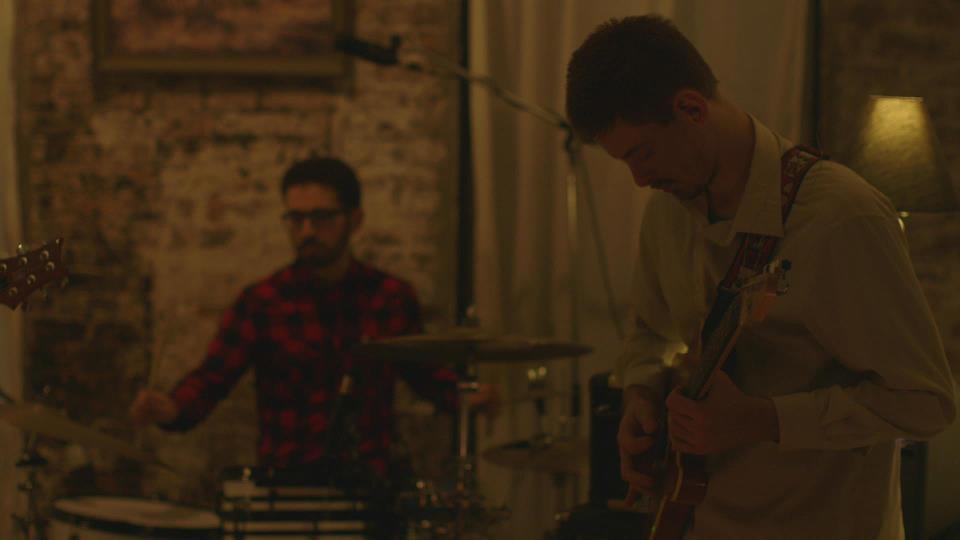 Last year we featured an interview with the State College band, Possibly Apostrophe, around the same time they dropped their debut album The Bison Bison Sessions. A few short months later, the future of the band looked uncertain as the guys graduated, and Pat left for Brooklyn.

Well, they’re back with a new series of songs and companion videos that will be released over the next few weeks. Today marks the release of the second video in the series, a track entitled “Funky Intervention.” And trust me, it won’t take you long to realize this is an appropriate name for the tune. Viewer discretion is advised because this song is absolutely filthy, most notably Jon Keller just destroying the bass guitar.

In Pat’s own words describing the project:

“We’ve only been able to get together about four times this past year, twice to perform the songs and twice to record. These latest recordings were done entirely on our own, in my living room here in Brooklyn, and with our own limited resources. In theory, we could keep going with this format and record as much material as we want. The trick is getting all four of us in the same room. For now, we’ll be releasing four new recordings paired with videos entirely online, all the material will be compiled into a free download early next year. Not playing shows and not living in the same state really limits how we share this music, its really dependent on that DIY ethos. We’ll share all the material directly through our facebook page (www.facebook.com/possiblyapostrophe), but our hope is that people will feel compelled to pass our music on to their friends.

This project is continuously open ended, we really don’t know what comes next. Maybe a performance this summer if the planets align like they did for these recordings.”

Their first video in the series: