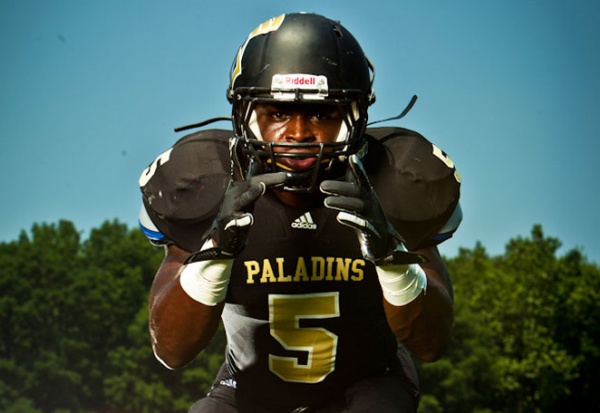 Last night, five-star recruit Jabrill Peppers announced that Penn State is among his Top 4 school choices to play football at.  Not only is Jabrill Peppers an absolute talent on the football field, he is also a talented rapper.  In fact, J-reall, Peppers’ stage name, just released a new track last night, which is a remix of “Drop It” featuring Torion.  This track is very catchy, and it’s impressive that Peppers has time to do this, on-top of the rigorous work he puts in for football.

Jabrill Peppers will be visiting Penn State on May 18th. So, if your are still at Penn State, give him a warm welcome, and show him what Penn State is all about. Also, check out his new track below!