Foster the People Rock the BJC 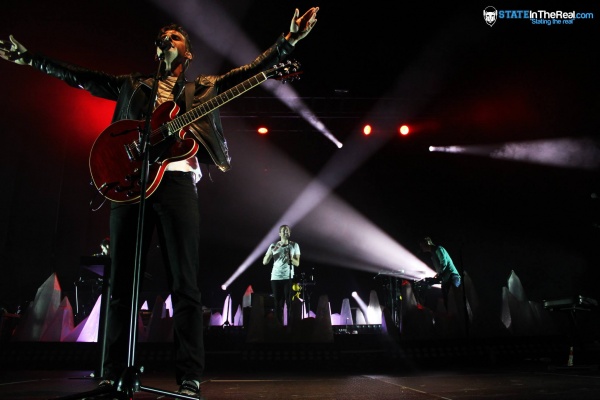 I remember where I was the first time that I heard “Pumped Up Kicks” I was driving to dinner with my parents, and the song came on Alt. Nation. It caught my attention from the distinct vocals to the fun and poppy sound of the instruments. I was hooked, and about five months later, Torches was released. The moment that I saw Foster the People were coming to the Bryce Jordan Center before the first home football game, before thinking I was so happy and pumped (yes, I can make puns too) to see this band live. When the day finally came, I anxiously walked into the BJC and took my seats. Little did I know, but Foster the People had an opener, a band called the Velvet Teens. First off let me say that the name of this band is incredibly clever and I was at the very least intrigued. After a 45 minute set from the Velvet Teens, who played a very tight and cool show. Finally, it was time for Foster the People to come out and take the stage.When I first arrived, what I thought was orchestra instruments under white sheets, turned out to be glacier like lights. When Mark Foster took the stage, and the band opened with the single from their new album Supermodel, “Best Friends” the show had started on a really strong note. After playing through some of their lesser known songs, but still amazing to see live, they hit a stride and brought the energy back into the BJC with a rocking performance of “Call It What You Want” a song that seemed to get the crowd back into the performance and seemed to get ready for a huge high energy last half of the show. Immediately the energy in the stadium changed and Foster the People fed off it. The next song that the band unleashed for the crowd was their other super hit, “Houdini” performing it live was just as good live as it was in a studio recording. A live performance that was so high energy and pitch perfect, it is everything that a fan can expect of a band. Closing out with more amazing performances of their biggest and most recognizable songs “Pumped Up Kicks” and “Don’t Stop (Color On the Walls).”

Mark Foster and his band brought the energy in the BJC and played a live show that had the same perfected feel as a studio recording. For a concert that was supposed to get students ready for the big game the following day, Foster the People brought the energy and played some fan favorites as well as introduced some other great songs to casual fans of the band. If Foster the People are playing in your area, don’t pass up on seeing them. They are fun, their set is flashy and really cool and Mark Foster keeps the fans engaged with solid dance moves and amazing live vocals. 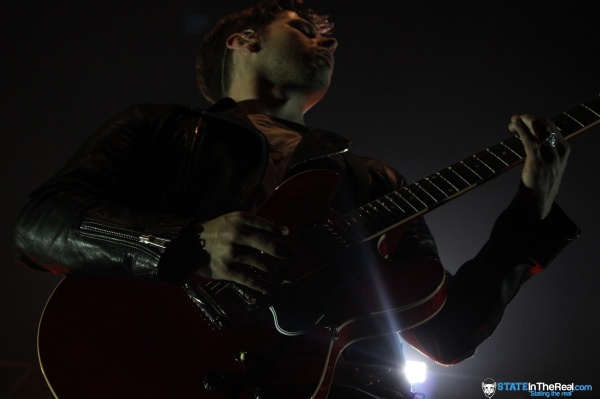