Future Gets Honest With Us

Tariq Rashid
Mainstream Music, Music
Comments Off on Future Gets Honest With Us 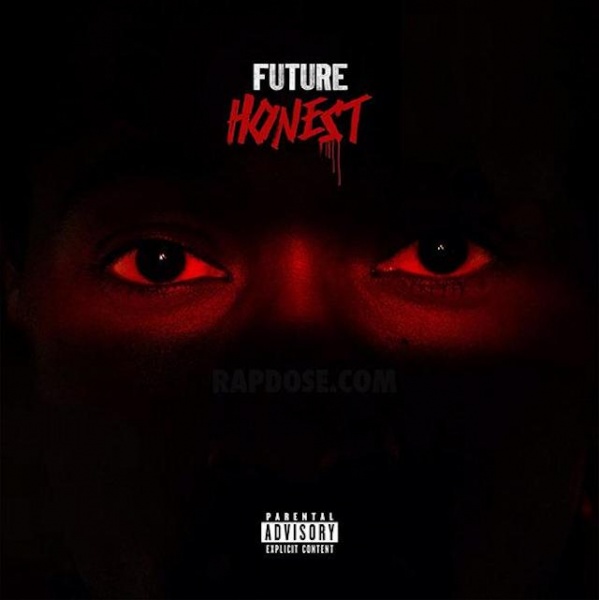 There is something to be said for artists who throw away the tired rap tropes of money, cars, and women. When artists are actually themselves and invite audiences into a personal space, something happens. Atlanta rapper/crooner Future attempts to do just that on his sophomore effort Honest. The hybrid hip-hopper floats between his signature Southern howl  and animated rapping to explain his current state of affairs.

Future opens on a high note with the tribal anthem “Look Ahead” . The rapper is backed by solid production by The Runners which is bolstered by a hippy-esque chant and chorus arrangement. Future half rhymes , “Was it cold nights that made me cold? Do the stress increase my hunger? Tell a lie then make a promise.” These short jagged quips are a hallmark of the artist’s delivery. Audiences often get sentence fragments that are supplemented by Future’s unique delivery. Future Hendrix is at his best when he toys with his voice; letting his gravelly vocals precipitate  freely.

The rest of Honest unfolds as Future balances between hood cuts and introspective love songs. The rapper clearly still has one foot in the trap. Future naturally thrives on “T-Shirt”; a braggadocious ode to the rapper’s fashion sense and prowess on the corner. The same applies for the Mike Will Made It produced “My Momma”. Future asserts, “My momma ain’t raised no ho. My n*ggas they wrap that dough. These n*ggas ain’t got no hope, they runnin’ and kickin’ in doors” on the chorus. He continues his dealer exploits on the hit “Move That Dope”. Next, Future teams up with fellow cocaine cowboy Pusha T, Pharrell, and Casino for an energetic corner jam. Pusha T easily outshines the rest of the ensemble with his narcotic puns and vivid street imagery; the VA native emphatically raps, “Get it n*gga? I nose better, put a smile on the Devil’s face. Who don’t wanna sell dope forever and flood their Rollie ’till the bezel break?” Pharrell adds a decent verse and Casino eases through the last verse with a staccato offering.

Elsewhere, Future is tender, offering his brand of hood R&B. The radio favorite “I Won” finds Future and Kanye West bragging about their trophy wives. It’s a little misogynistic but audiences get the feeling that Future and West are in on the joke. Ye muses about dipping Kim Kardashian in gold, beating out professional athletes to “win” his wife, and the fact that Kris Jenner pops out “trophies”. Future croons about pissing his neighbors off with audible sex and the fantasies that unravel each time he finds himself with Ciara. Metro Boomin’s delicate piano dotted melody completes the piece.

Future scores guest verses from fellow talents Drake and Andre 3000 on “Never Satisfied” and “Benz Friendz” respectively. “Never Satisfied” serves as an eery soundtrack to the materialistic needs of two millionaire rappers and the company they keep. Drizzy fights the eternal hunger for success and his flawed monogamy. Conversely, Future gripes about the women that never seem to get enough designer offerings or love from him. It’s a never-ending cycle for the two addled stars. In a worthy plot twist, Future flips the script on “Benz Friendz”. 3000 does denounce materialism singing, “I told that b*tch I’ont give a f*ck about a Benz, b*tch. And I don’t want no b*tch who need to have that kind of friendship.” Future follows suit explaining that “these cars don’t mean sh*t, these hoes don’t mean sh*t”. Later, the two ATLiens navigate murky waters filled with gold diggers, counterfeit love, and commercialism.

The juxtaposition of Future’s materialism bashing and love promoting with the hard dope dealing and designer courting of the rest of the album is a curious one. But it reminds viewers that the dualism has no place in the modern world. Future is an amalgamation of his varied experiences and perspectives on life. This all makes for an album rich in content. Future drives home his point with the last song; “Blood, Sweat, Tears”. The song is his crowning moment and a fitting period to a passionate album that’s brutally honest.