Get to know GDP: King of the underground

Renae Gornick
Mainstream Music
Comments Off on Get to know GDP: King of the underground 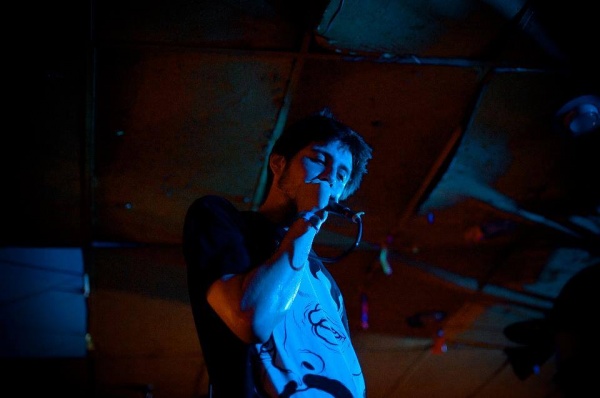 King of the Underground and quintessential do-it-yourselfer, GDP currently posts up a block from his lab in Brooklyn, but he hails from and represents West Orange, New Jersey. Between touring and cranking out jams on Run For Cover Records and his self-made label Smoker’s Cough, GDP stays grinding.

GDP’s been hustling CDs and rocking over 100 shows a year from the Jerz to Australia since 2007.

If you ask around, you’ll find out from fans and venue managers that GDP is the man in Jerz. G is a local giant and his voice radiates much farther than the Garden State. After hundreds of shows, GDP has amassed fat pockets of fans in cities across the country and around the world; he’s been everywhere.

Besides his diligence, startling rhymes and inventive wordplay, GDP’s most impressive quality is his range. Not many rappers pour themselves out with lines like “I’m haunted by your memory, everything you said to me, I let you get the best of me, but I was so temporary” in one song then blurt out something like “Tell your mom she left her pussy at my house” in another.

When you listen to his older albums like Involvement, Realistic Expectations, and Useless Eaters, you realize GDP is different than the average rhyme writers. The dude is college educated; he’s got ingenuity and informed opinions, but he also has street wisdom. G has written about everything from the corruption of politics and class inequality, the corporate world, drug addiction, troubled relationships, broken relationships, to the laughable and tragic products of human behavior.

GDP also raps about ladies and a variety of other vices, like one might expect from the typical spitters. However, there’s a different kind of realistic rawness in the way GDP hocks loogies. GDP caters to fans of traditional rap debauchery, but he strays from the same tired rhymes and easy clichés that many popular rappers use like crutches.

Not only does GDP transcend the lines of rap, his style expands borders. This excerpt from the song “Lawn Seats” illustrates that point:

“G’s style’s like, five different genres and Shape man the fort like Hotel Rwanda” “Rewind us. See if you can find us. Redefine what a rhyme was, son, wisen up.”

I wouldn’t consider those among GDPs most impressive lines, but they were too relevant to leave out.

If you follow any of the hyperlinks above, you might see that GDP is a couple shades different than what you’re probably used to. Here’s a couple more links to help you dive deeper into underground enlightenment.

Here is some of what GDP cranked out just in 2013.

Here is where you can listen to and download all of GDP’s official releases.

Here is his label Smoker’s Cough’s website, where you can find out more about GDP and other dope artists like Rosegold, Shape, Space Jesus, Aoi, DOS4GW and The Man From Somewhere Else or you can cop gear from the web store.

Speaking of cop, here’s what GDP did to a popular Rick Ross instrumental: BFF

Be aware, GDP is coming to a venue near you.