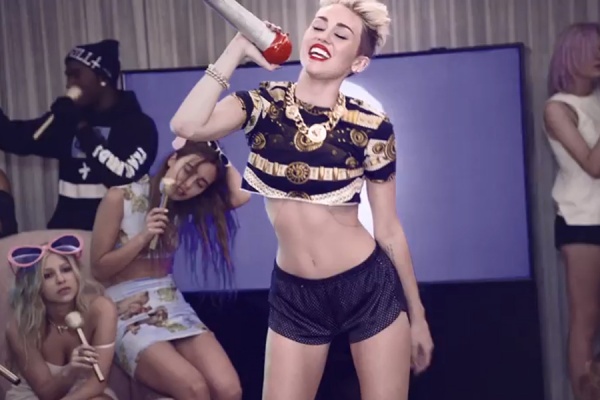 Turning from the inebriated shuffle of her current top 5 smash “We Can’t Stop,” Miley Cyrus, the porcupine-haired hip-pop priestess of 2013/LIFE, cushioned the meteoric eruption of her soon-to-be turnt-up magnum opus BANGERZ (…erz) with a second single; a ballad at that. But this is no ordinary ballad, where the entire song is composed of Cyrus singing loudly over a typical mix of acoustic guitars, strident piano keys, and suffocating violins. Instead, she does what any smart, forward-thinking pop star would do. Cyrus put a spin on the conventional standards of a ballad, doing everything to change what would be ordinary to quite extraordinary. And it works wonderfully. More impressionable at first listen than “We Can’t Stop,” will “Wrecking Ballad” be Miley’s first #1? It’s hard to say, but chart metrics aside, “Wrecking Ball” is proof that Hannah Montana is not only long gone, but Miley Cyrus is making a point to show the world that she’s serious about this whole making music shpiel. And she’s planning on impressing and mystifying at every turn.

And wait a second…aren’t the VMA’s tonight? I wonder…