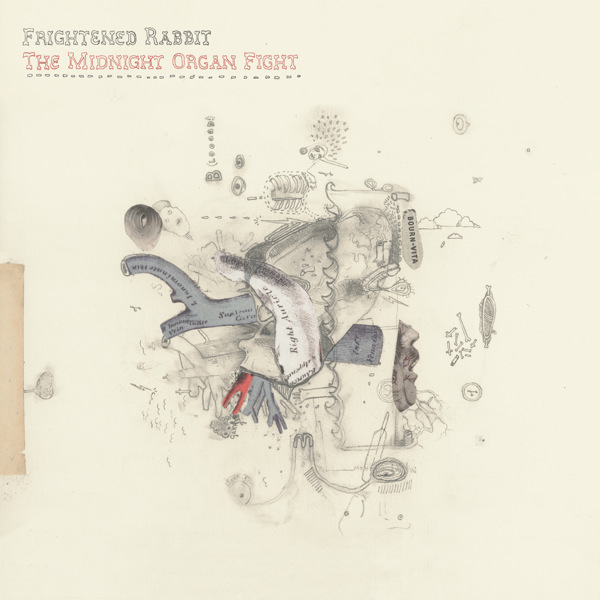 This week’s band is underground even by my standards, and that’s saying something, trust me. So underground it feels a little wrong to put them in the “mainstream music” category of this site, but for the sake of making them less underground I can compromise! The point of music is to share it, and this band “Frightened Rabbit” is definitely one to be shared. Hailing from Scotland, Frightened Rabbit’s album Midnight Organ Fight has a very rustic, across-the-pond allure that is only heightened by the lack of people who are aware of them here. Let’s change that! They’re an incredible band, kind of a mix between Snow Patrol’s slow churning melodies and song structure along with a singer who’s vocals emulate a Dave Matthews-esque falsetto flair coupled with seemingly folk roots. My friend got me hooked on their song “Keep Yourself Warm”, you can really feel the emotion in every syllable, and no one has made the word “fucking” have so much meaning in a while like this guy (especially the way it gets thrown around in music these days).  They currently have 2 albums out, and if you have a weakness for music with more substance and with interesting structure, then these guys are worth your time to check out. They’re not for everyone, but they could be for you!