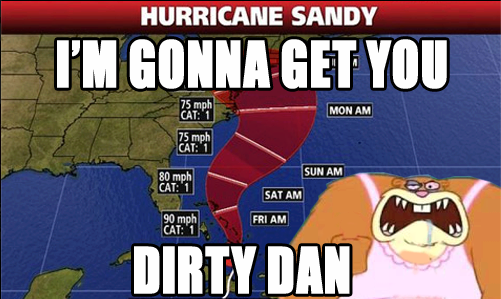 The State in the Real team have put their heads together, compiling the perfect selection of tracks to accompany the torrential downpours and howling winds that Sandy will be bringing to State College. Be sure to blast these songs as you take final precautions, and enjoy the last of your electricity before Sandy takes it out.

Starting off with the obvious, but extremely necessary:

“Into the Ocean” – Blue October

For those of you who think that this is the beginning of the end:

“Set Fire To The Rain” – Adele

For the Grease fans out there-

“Stuck at the Drive In (Sandy)” – John Travolta in Grease

“Hurricane Drunk” – Florence and the Machine

“Its Thunder and It’s Lightning” – We Were Promised Jetpacks.

And last, (but certainly not least)