I have a confession to make…

I have a confession to make… I used to be a music hoarder.. or maybe an artist or band hoarder is a more correct term to use. This wretched disease caused me to seek out awesome new bands and learn all about them (mostly through their wiki page). Then, I would hide them from the world. I would do everything in my power to make sure no one else found out about them. This attempt was mostly in vein, since you can’t really hide a band, that is signed to a label, from the world, forever. They would stay neatly stashed in my stockpile until inevitably, at some point, someone would find one of my secret bands and out them to the whole world, or at least my whole tenth grade, high school world. This made me so uneasy. That was MY band, that I worked so hard to find and conceal, that you just told everyone and their mother to listen to because they are ‘sooooo good’. How in gods earth am I supposed to continue to listen to a band that everyone else is now obsessing over. I’m not.

Then, one day, I found out that everyone was secretly listening to my absolute favorite band. I tried to deny to myself that everyone knew about MY favorite “secret” band but when one of my friends posted their lyrics on social media, I could deny it no longer. That was the last straw. I could no longer obsess over having my secret bands. I wouldn’t freely go round suggesting them to everyone but I would also strive to not have negative feelings toward the fact that others enjoyed these bands too.

It took me another 3 years or so to come to the point where I would openly discuss new bands with my friends. Discussions with strangers and newcomers, however, were out of the question. These artists were scared to me. They made me feel things that no other human could.  The words they spoke and the melody’s they play were for my ears only, like a private concert with an album of songs that were written just for my soul. How could I know that these strangers were worthy of being graced with the angelic tunes of my precious bands. I couldn’t. So I didn’t.

Over the next couple years and a few big life changes later (moving to college, meeting the song writers club kids, and spending a summer at an organic camp with a bunch of hippie kids) I became comfortable discussing music with anyone and everyone. I would freely share bands, songs and albums like it was my job…. Then it became my job. I joined State in The Real and was required to inform the world about all the new music that was released every Tuesday, including some albums by my old favorite ‘stockpile’ bands. Soon I was promoted to the position of local music chair and now it’s my responsibility to connect local, up and coming bands, with the writers that can promote them and spread their name far and wide. 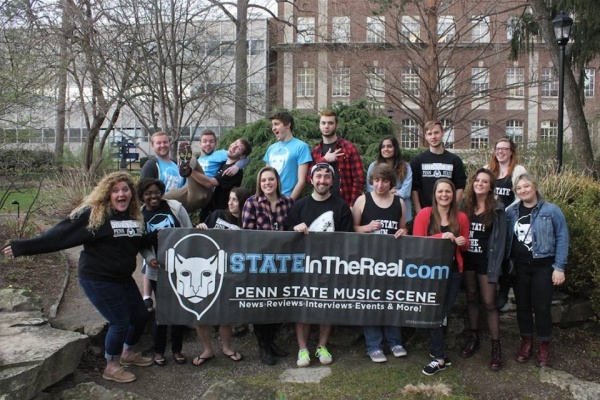 It took some time and a lot of personal growth until I became “musically mature”. I was a long hard road but I overcame it. Now I share music freely and even yearn to share new music with anyone and everyone. I think that it is important for us to support artists by spreading their content, especially if it is good. Stop being afraid that they are going to sell out because you told one person about them. (#protip If a band is going to sell out they are going to do it with or without your help). So knock it of. Stop being a music hoarder and get your sweet self some help. Reevaluate your life. Have a moment of silence. Meditate or something. Whatever you need to do to snap yourself out of this weird, egotistical habit and share freely.

If you or someone you know has a music hoarding problem, help is available. Please contact your local State in The Real writer and ask them to post an article about your favorite ‘stockpiled’ band or artist in a “music you should be listening to” post. I’m Not kidding. Go do it.