Imagine Dragons to perform at Penn State for Founder's Day 2013 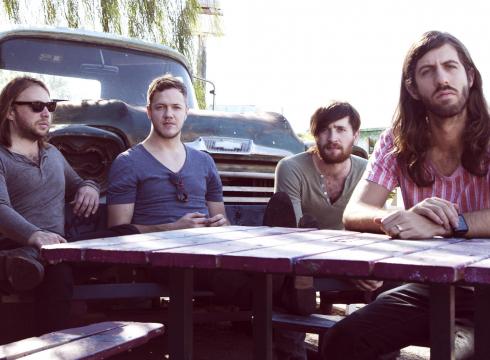 The Student Programming Association (SPA) and the Lion Ambassadors are celebrating another Penn State birthday with Imagine Dragons headlining the Founder’s Day concert at 8 p.m. on Wednesday, February 20 in Alumni Hall. The festivities will continue on Friday, February 22 in the HUB from 10 a.m. to 2 p.m.

This is the second year SPA and the Lion Ambassadors have collaborated for this event. The concert, featuring Imagine Dragons and Nico Vega, is sponsored by the Student Programming Association’s Entertainment Committee. Student tickets are limited to one per student with a valid Penn State University Park student photo ID and will be available beginning on Tuesday, February 5 in Alumni Hall in the HUB from 10 a.m. to 2 p.m. All tickets are free. Tickets will be distributed until they are sold out.

Imagine Dragons is a top 40 alternative-pop band that released their full-length debut album Night Visions this past September. The Las Vegas- based rockers are most well-known for their breakthrough single “It’s Time,” which reached number three at Modern Rock Radio and received a 2012 MTV Video Music Award nomination for “Best Rock Video.” The band’s rock ‘n’ roll sound, paired with powerful backbeats and raw, honest lyrics is captured throughout their tracks, including singles such as “Radioactive” and their upbeat hit, “On Top of the World.”

Nico Vega recently opened for No Doubt in November and is now hitting the road with Imagine Dragons on their current tour. Their live show can be summed up as explosive, magnetic, captivating and dynamic. Nico Vega have recently been catapulted into the mainstream as their song “Beast” was featured in the epic trailer for the video game “BioShock Infinite.” The trailer received almost two million views in its first week and Nico Vega saw a staggering 4,000% increase in single sales, making “Beast” an unexpected overnight hit.