Chris Will
Mainstream Music, Music
Comments Off on Indulge in the gorgeous electro-pop landscape that is Ryn Weaver's 'Promises EP' 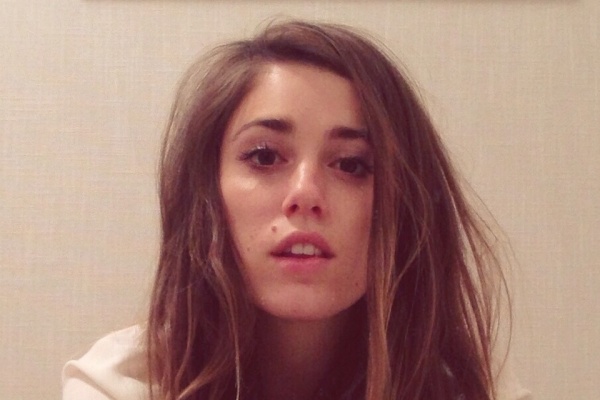 The orchestration behind Ryn Weaver’s breakout has been understated yet explosive from the get-go, and anyone who’s paid attention to the internet knows why. Coolly emerging from the shadows of obscurity with “Octahate”, the star-studded production team behind the sublime slice of pop (Ariana Grande/Wiz Khalifa collaborator Cashmere Cat, Passion Pit frontman Michael Angelakos, and Charli XCX) had everyone scratching their heads in awe. Who was this young singer/songwriter? How did she get such a phenomenal team behind her, and how did she craft the ear-worm indie-electro breakup anthem that is “Octahate”? Since she appeared on the scene in late June, we’ve seen some light shed on the song and her musical upbringing (most recently from this phenomenal Fader interview), and what’s best of all, we now have the Promises EP to follow up “Octahate”. But how does the EP match up with some of her contemporaries, and what does it mean for her future as a musician? Honestly the music speaks for itself, but we’ll delve into it regardless.

Ryn’s harmonizing background vocals bloom into an electronic symphony in the title track “Promises”, giving us our first taste of the extended play as she gently leads us into a lush soundscape of gumdrop synthesizers and firm yet muted percussion. The fairy-pop siren sings of her bitter-sweet introspection, her words heavy, but surrounded with such uplifting instrumentation that it feels less like she’s mourning and more like she’s celebrating a humbling revelation, and the growth that comes from understanding her weaknesses.

Next up is “Octahate,” the song that started it all. From the start it’s clear what makes this track such an effortless hit, with the crisp handclaps leaping into Ryn’s pained warble and the heart-pounding percussion. The chorus is nothing short of euphoric, drums thundering as the sparkling synthesizers dance around Weaver’s radio-ready hook. The ache in her voice is almost palpable, and Ryn and Charli’s carefully crafted metaphors are pure songwriting gold. Expect to hear this pop nugget blasting from radio very soon.

“Stay Low” is where Angelakos’ touch is most evident on the EP, with the airy opening seamlessly transitioning into a breezy indie-pop breakdown that would sound at home on any Passion Pit record. Whether or not he worked on the record with Weaver, it’s really her songbird melodies and lovestruck lyricism that make the standout piece of music extraordinary.

“Sail On” rounds out the EP with a softly weeping guitar, as the ethereal backdrop lifts Weaver’s heart wrenching sendoff to her former beau into the stratosphere. As the “token ballad” of the EP, the tear-jerking, down-to-earth mentality of the lyrics (“I took your hand and held it in my clutch, but it was never mine to hold”) and subtle starkness of the instrumentation separate the song from the doctored, glossy sadness too often found in conventional pop ballads.

From “Promises” to “Sail On,” the Promises EP is multifaceted in its experience. This is music you can dance to, drive to, cry to, smile to. The meanings are layered, and it’s all coated in a sound that’s soothing yet emotive. All in all, though Ryn’s freshman effort draws slight similarities here and there, as a whole it stands as its own, unique body of work. And that’s what makes this such a promising (no pun intended) and wonderful record. It’s an indication of bigger and better things to come, but at the same time, we’ll always be able to crank up “Octahate” in the car as the summer sun shines down, or shed a tear to “Sail On” as we lie in bed on a lonely night.

Be sure to purchase the Promises EP on iTunes here.