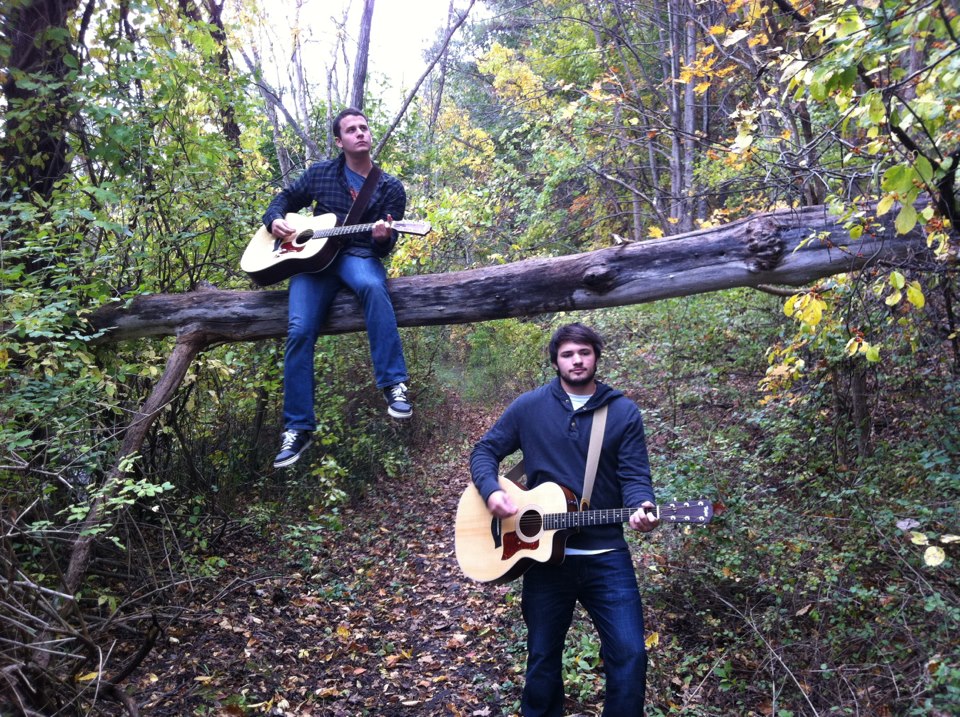 Blindstate is an alternative rock band formed in Lancaster, Pennsylvania in 2010. This group is composed of Jonathan Yuko and Jack Wise, both of which are currently students attending Penn State. Jonathan is majoring in Health Policy Administration and Jack is a mechanical engineer. Jack and Jonathan met in 2005 and have written about 25 songs since they started playing together in 2010. I had the chance to catch an interview with them, check it out below! Also be sure to watch their official music video for Blindstate’s song “How It Ends”.

SITR: How did you and your band get together?

We both had played music separately for a long time. Jack had a band for fun with my little brother and one night we just started showing each other song ideas that we had been working on. So, thus Blind State was born.

SITR: How long have you been playing together?

We have been playing together since February 2010.

SITR: Who are some of your musical influences?

SITR: Have you performed any shows at Penn State?

Not yet, we’re working on recording and releasing an EP before we begin playing shows. As of now our band is kind of incomplete and we are in search for a bass player and a drummer.

SITR: What is your favorite song to cover?

SITR: Do you have any original music? If so, which one is your favorite to perform?

Yes we have approximately 25 songs at this point in time. Our favorite song to play is usually our most recently written one “Laughs” other than that probably our song “Rarely Alright”. It is very melodic, contains a lot of vocal harmonies, and has an awesome guitar solo. Overall it’s just really fun to play!

SITR: What are some of your bands musical goals? (Where do you see you and your music within the next few years?)

Right now our goal is to finish recording our album. We would then like to begin playing shows locally around Penn State and possibly get into the bar scene. After college we would like to see ourselves having a recording contract and touring.

SITR: If you could open for any artist who would it be?

Jack- “For me it’s a toss-up between Jimmy Eat World and Blink 182. Jimmy eat World is one of my favorite bands and I think if I had to compare our sound to a real band, I would say it closely resembles the style that Jimmy Eat World plays. Our music would be a good opening act, complementing his sound. I also belive we would be a good opening act for Blink 182, because it would just be awesome to be able to watch them every night from the side of the stage and just hang out with those guys.”

Jon- “I would definitely say Blink 182 because they have always been my favorite band and my biggest influence. I like how they just act like normal people, having fun doing what they love.”

Check out Blindstate’s music video for their song “How it Ends”!