Interview with The U 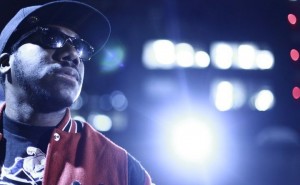 Since we last spoke with Penn State rapper, The U, the man has become a promotional machine. He’s shot and released 3 music videos since summer, and he already has another one ready to drop. Recently we saw him talk to the PSU Song-Writers club about life and music after PSU, so we thought we’d help him extend the message. We caught up with him and one of his producers, Randy Troy, to get a little insight.

When we last spoke, you’d just released your first video ‘Weldon.’ Since then you’ve released 2 more, and just finished shooting footage for the 4th. What’s with the change of pace?

What factors played in picking which songs to make videos for?

What spurred you to take Villain Gone Mad in such an extreme direction.

What kind of pro’s and cons can you give us about being done with school in regards to music?

Do you have any specific advice for other artists?

What are we going to see from Team Ugo in the near future?