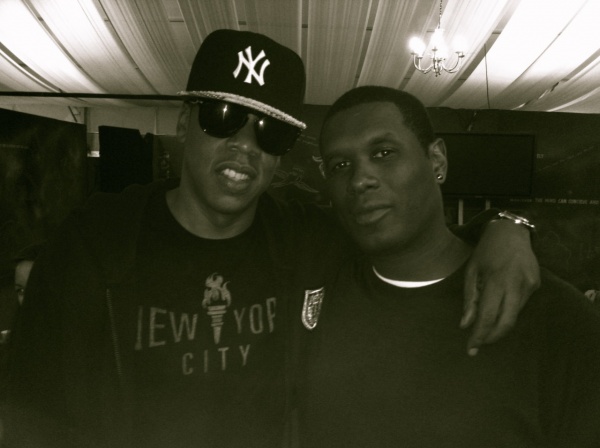 Jay Electronica  took a break from gallivanting around with British heiresses to bless the masses with a freestyle over Soulja Boy’s “We Made It”. The allusive  MC teams up with Jay Z for a remix of epic proportions. This track was previously remixed by Drake as well. Jay and Hov body the track with crafty religious allusions and references to slavery. Electronica rhymes, “From Solomon to Sambo to Django it’s fact. I’m the Farrakhan of rap and I get it from the will.” Leave it to Jay Electronica to completely turn a song on it’s head. The God MC then takes his turn at the celebratory anthem; name dropping Academy Award winning actress Lupita Nyong’o, taking a jab at Drake, and reminding audiences why we call him Hova. This is upper echelon bragging at it’s finest. This is divine rhyming. This is the Roc. Jay Electronica released another song earlier in the week entitled “Better In Tune with The Infinite” that was well received. Suffice to say the New Orleans rapper is having a damn good week. Let’s just hope this is all a warmup for the secret album Act II..