DETAILS FOR José Carreras At The Bryce Jordan Center 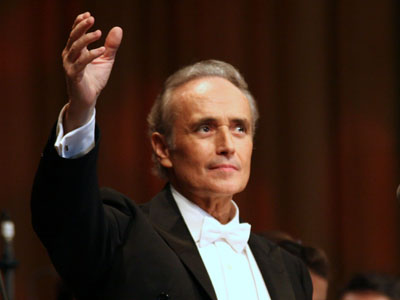 One of contemporary opera’s most celebrated figures, José Carreras will be performing at the Bryce Jordan Center on
Sunday, March 18 at 8pm. Mr. Carreras has sold over 60 million records worldwide and has had a storied and legendary
career that has transcended all music genres. Over the course of his career, Mr. Carreras recorded more than 50
complete operas and 40 classical and popular recitals.

The 3 Tenors concerts presented by Mr. Carreras together with his colleagues Plácido Domingo and Luciano Pavarotti
are now legendary. The concerts were attended by worldwide audiences of over two billion and created an
unprecedented impact in the world of opera and popular music. In 1992, Mr. Carreras served as musical director
for the opening and closing ceremonies of the Summer Olympic Games in his native Barcelona.
At the Shanghai Expo in 2010, Mr. Carreras performed together with Chinese soprano Zu Hai in a gala for CCCTV
which was seen by over 700 million people.

Tickets are $59.50 and $89.50 for reserved theatre seating. Tickets go on sale this Friday, January 20 at 10am at
the Bryce Jordan Center, Eisenhower Auditorium, Penn State Downtown Theatre, online at www.bjc.psu.edu,
www.ticketmaster.com, or by calling 814-865-5555.

BJC INSIDERS can purchase tickets today at 10am until Thursday at 10pm at http://www.ticketmaster.com/event/02004829A7C56FBC
PASSWORD: Tenor