Josh Fox of Gasland to speak at Penn State 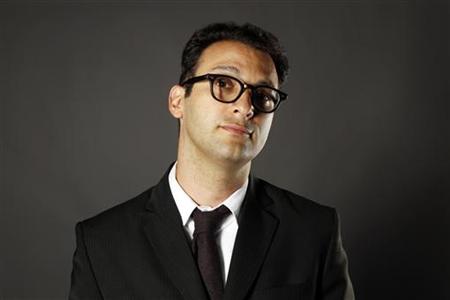 GasLand Filmmaker to Speak in Addition to Film Screening

Josh Fox, writer and director of the Academy Award-nominated documentary “GasLand,” is scheduled to speak at 8 p.m. on Wednesday, March 14 in Alumni Hall as a part of the Student Programming Association’s Lecture Series. “GasLand” will be shown at 7 p.m. on Tuesday, March 13 in the Hub Auditorium. Both parts of the event are free and ticketless.

Josh Fox is the founder and Artistic Director of International WOW Company, a film and theater company that works closely with actors and non-actors from diverse cultural backgrounds, including members of the US Military, activist communities in sustainable energy and design and actors, dancers, designers and filmmakers from around the world to create new work that addresses current national and global social and political crises. Josh’s work is known for its mix of gripping narrative, heightened imagery and its commitment to socially conscious themes and subjects.

“GasLand” is an award-winning documentary and official selection at the 2010 Sundance Film Festival that explores effects of hydraulic fracturing drilling (also known as “fracking”) for lucrative natural gas. Fox became interested in fracking when he was offered $100,000 for the gas rights to family property in Milanville, Pennsylvania. He spoke with other property owners who had been in similar situations and found that fracking not only can taint water sources near drilling sites, but can also make it flammable. In the film, Fox travels to 34 states to discover the true dangers of drilling for natural gas.