Judge Rules in Favor of A Day To Remember on The Release of "Common Courtesy"!

Leya Ramer
Mainstream Music
Comments Off on Judge Rules in Favor of A Day To Remember on The Release of "Common Courtesy"!

The judge has ruled and, for now, A Day To Remember has come out on top.

A Day To Remember, now has legal permission to self release their new album Common Courtesy! 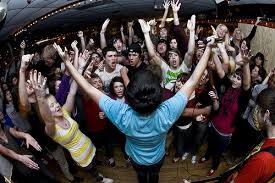 But don’t pop the champagne yet…

Sadly this may only be a drop in the bucket. The band may still owe those scumbags two more albums and they could possibly end up receiving profits from Common Courtesy! However, the case will proceed to trial.

The small glimmer of hope, hidden in the subtleties, is that when the initial lawsuit was filed the band claimed to have fulfilled their contractual agreement with Victory Records and that Victory would be withholding royalties while the lawsuit is pending. To me this means that the judge may be swayed in ADTR’s favor. Let’s hope so.

In an official statement from ADTR’s management they confirmed that they will be releasing the album as a digital exclusive on October 8, as planned.

Check out the statement made by the band and their management:

A federal judge today ruled that A Day To Remember are free to release their new album Common Courtesy without Victory Records. In an Order issued earlier today, U.S District Court Judge John Z. Lee denied Victory Records’ Motion for a Preliminary Injunction in which Victory had sought to block the band from releasing this new album without Victory’s involvement.

The band offered : “In May of 2011 we joined the long list of bands that have filed suit against Victory Records.  Although our case is still ongoing, we are very pleased with the judge’s decision to allow us to release our next record. The only thing that has mattered to us while dealing with this lawsuit was getting new music to our fans. We are finally going to do that on October 8th and we couldn’t be more excited!”

Be sure to stop back for the newest edition of New Music Tuesday to read more on ADTR’s newest album release!