Judith Hill to Perform with Jason O from My Hero Zero 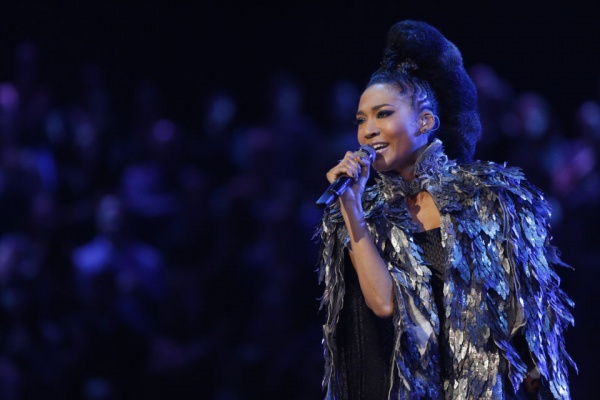 Judith Hill is set to take the stage at The State Theatre coming up this fall, November 1, 2013 at 8 p.m! Having spent her life immersed in music, Judith Hill has been long on the path to ﬁnd her own voice and fame, from writing music at the age of four to her recent and well-known appearance on The Voice. A richly emotive vocal stylist and virtuosic piano player, Hill describes herself by saying, ““I’m an organic soul artist with a passion to bring the world together,” Hill says. “The music, whether it’s funk or a ballad, it’s all about that message. That’s the thing that resonates most for me, that message and the heart behind it.”

Hill grew up in an deeply musical household – her father, Robert “Pee Wee” Hill is a pioneering funk bassist known for his work with such artists as Sly Stone and Bob Dylan, while her mom, Michiko Hill, is an accomplished keyboardist in her own right, with credits including Rufus w/Chaka Khan, Wayne Shorter, and Billy Preston. Not only the gifted musicians she grew up surrounded by, but also gospel inﬂuences including Aretha Franklin and Vanessa Bell Armstrong have inspired Hill. Of course, her experience touring with the King of Pop himself, Michael Jackson, had a huge impact on the gifted singer/songwriter/musician. In addition to her role as background vocalist, she was chosen to duet with Michael on the classic Bad ballad, “I Just Can’t Stop Loving You,” later to become the undisputed highlight of the posthumously released ﬁlm, This Is It. After his death Hill was pushed by the media to release her own music but held of, experimenting with collaboration and various techniques to ﬁnd her own unique sound and perfect her artistic persona.

Judith has since performed background music with Stevie Wonder, contributed music for Spike Lee’s ﬁlm Red Hook Summer, performed on the stage of The Voice and will contribute to ﬁlm director Morgan Neville’s upcoming ﬁlm 20 Feet From Stardom, which tells the true story of the backup singer behind some of the greatest musicians of the 21st century. Hill will soon be recording her ﬁrst solo and gracing the stage of The State Theatre in a few short months! Don’t miss this exciting performance of a uniquely talented young musician right here in Happy Valley!

Opening the show will be a familiar face from the area, Jason O of cover band My Hero Zero. You’ve seen what he can do with his band all over the bars downtown, now see what he’s like as an opener for a pretty big name!

For information on tickets, please contact The State Theatre Box Office at 814-272-0606 or visit us online at www.TheStateTheatre.org. For media interested in attending any of these events please contact Marketing Director, Cathy Brown via email: cathy@thestatetheatre.org or via phone: 814-272-0606 ext. 305 or (cell) 814-404-8097 to reserve your complimentary event tickets.